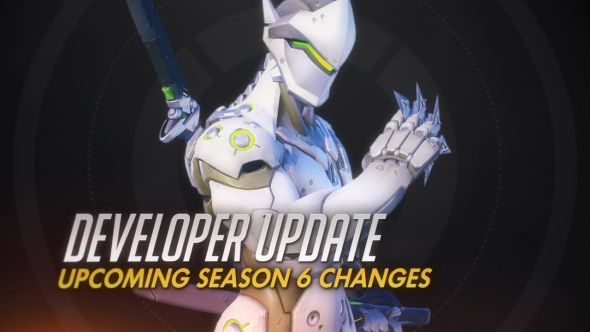 Update August 24, 2017: Blizzard have said more about the coming changes to Overwatch Season 6.

One major change is that players in Silver, Gold, Platinum, and Diamond can drop into lower skill tiers, according to community manager Stephanie ‘Lylirra’ Johnson.

Here’s what’s going on in Overwatch patch 1.14, coming to live servers next week.

“After a loss, the game will check to see what a player’s current tier and skill rating are,” Lylirra says. “If their skill rating has not exceeded the minimum for their current tier for the past five games, they will be demoted. (Players will never be demoted on a win.)”

Competitive Points awarded at season end will still be based on the highest tier achieved in that season. Lylirra also mentions some adjustments to the way skill rating is calculated after a win or a loss. She doesn’t say much more than this, but the goal is for everyone to feel able “to play the hero they feel gives their team the best chance to win a competitive match.”

Game director Jeff Kaplan has also followed up his comments yesterday about adjustments to skill rating decay. In response to a thread that theorised high-skill players were getting placed in lower-skilled games due to decay, and thus kicking tail, Kaplan explains that your internal matchmaking rating is distinct from your SR. Your MMR is what’s used to match you against other players, and it doesnotdecay.

“I’m not saying that you weren’t placed in an unfair match,” Kaplan says. “I am just trying to clarify that if that did indeed happen, it wasn’t because of SR decay.”

Some of the changes in Season 6 should help with some occurrences of mismatches. Season 6 kicks off on August 31 – check out our original story below for more on what’s changing.

Original story August 23, 2017:Blizzard sneaked out their announcement about the big changes coming to Overwatch’s competitive mode in season 6 with the usual developer update earlier today. You can see the whole thing above or get the notes below.

Here are the quickfire hits:

That’s the lot this time around, with Kaplan mentioning that developments were already ongoing for Season 7 and Season 8. Patch 1.14 has been taken down from the PTR in the past 24 hours as well, so expect 1.15 (with Mercy changes, D.Va changes and enough to make another video, apparently) up soon. I’m personally just hoping it’s not before the end of the week, because there is already so much going on.