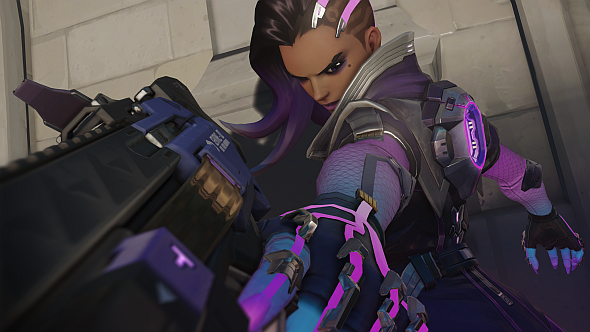 Sombra mains, if you’ve ever been killed while teleporting, know that it’s not just you, and that Blizzard are on the case. Unfortunately, it might be a while before it stops happening.

What else are Blizzard working on in Overwatch? Keep on top of their plans with our update tracker.

The issue has existed for a while, but seems to have gotten a lot worse in the Anniversary patch. A fresh Reddit post with a GIF highlighting the problem has drawn 494 comments and 5,879 upvotes in less than 24 hours.

Blizzard forum user Yixist posted a nice summary of the issue last month.Enemies are able to attack the space Sombra used to occupy when she teleports to her translocator beacon, and the damage they do will register on her. The end result is that Sombra winds up dead at her new location. YouTuber Bunsen has put together an amusing Twilight Zone-themed video showing the glitch off:

The last we heard from Blizzard was back in March, whenuser Shokioraised the problem on the forums. Principal designer Geoff Goodman said “we’ve tried to fix this a few times but it hasn’t gone away.” Shokio and Yixist both theorised it might be something to do with the duration between activating the teleporter and actually teleporting, but Goodman said the translocator should work similarly to Tracer’s Recall ability, which “also has a duration and doesn’t have this same problem.”

Goodman said “we’re still actively trying to track down and solve this problem.” With the Anniversary patch having been applied since, and having seemingly exacerbated things, it seems Blizzard are genuinely flummoxed.