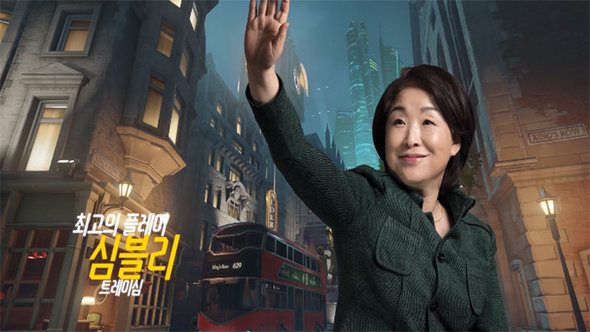 Sim Sang-jung is in the race for the South Korean presidency right now, as the nominee for the left-leaning Justice Party. But in her spare time, she’s smashing it on Overwatch, if her latest political broadcast is anything to go by.

If Overwatch isn’t your thing, maybe try out a more traditional FPS.

No-one can accuse her of not being down with the kids and while I have no idea what she’s saying, I can only assume it is the political equivalent of a 6-man Zarya ult. The clip, which allegedly took place on the King’s Row map, shows her taking down political opponents with slick debate, as opposed to cartoon violence.

If you want to give Overwatch a try, head on over to the official website and grab yourself a copy.