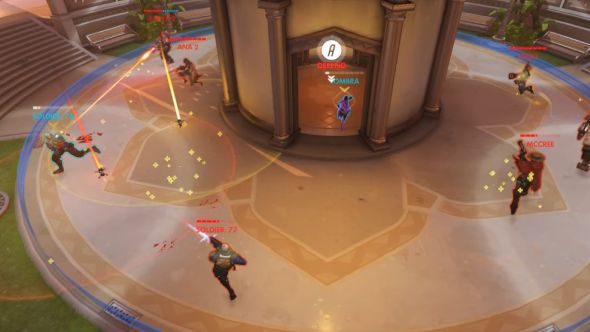 Two things are important in eSports. The first is getting so excited about various pixels crashing into various other pixels that you get close to some sort of religious experiece. This is easy. The second is that you know what’s going on. Overwatch has badly needed some improvements in that area and they’ve been promised for a while. Now the first is starting to roll out, with health bars added for all players while observing in third person.

Keep track of everything coming next for the game in our dedicated Overwatch updates post.

You can see the new version of the health bars in this video via PVPLive:

Importantly, they’re very easy to read versus the background. If there’s one thing that Overwatch eSports desperately needs it’s more clarity, letting casual watchers get the gist of its manic fights and understand at a glance which team is winning, why one is withdrawing and how come none of them are dying (Lucio barrier, for example).

Hopefully it’s the first change of many to help Overwatch eSports broaden its viewer base. It’s appeared unannounced in the latest PTR patch, indicating we may hear more about it soon.