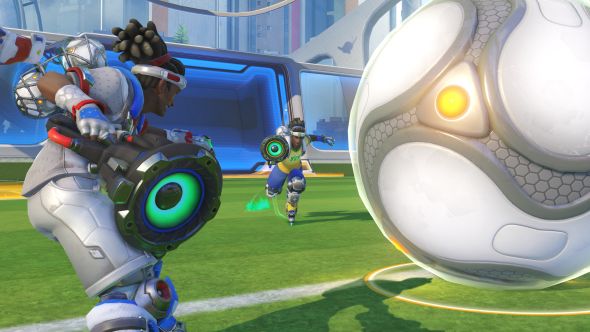 Update August 8, 2017: Overwatch’s Summer Games have finally kicked off, with Blizzard unveiling all the new skins.

See a glimpse of those new skins, along with the return of Lucioball, in the video above. For a better look at the skins, read on.

Here’s how Overwatch patch 1.14 is shaping up so far. 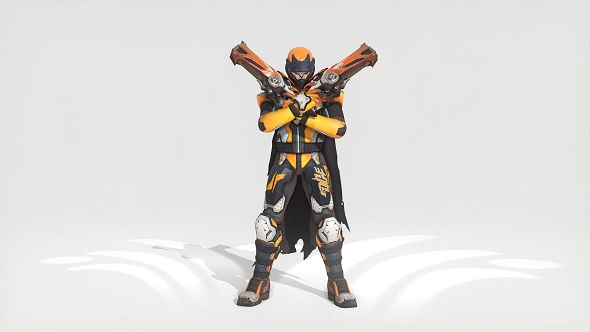 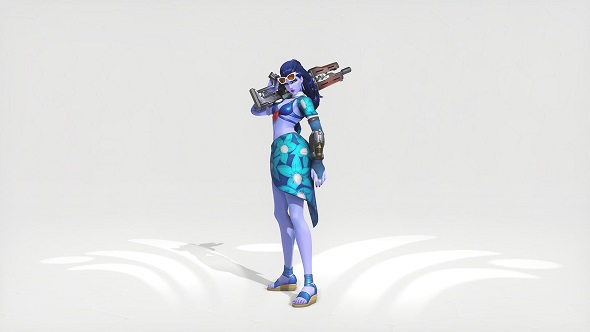 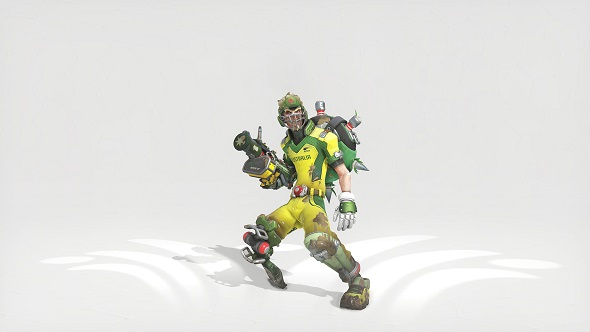 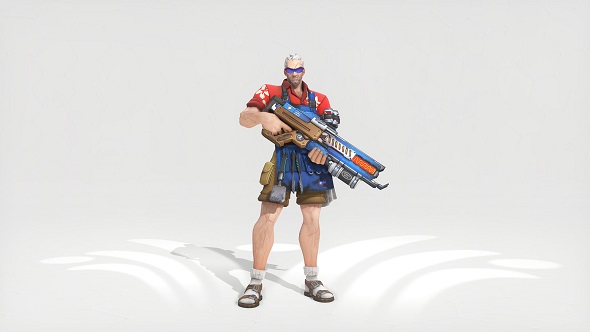 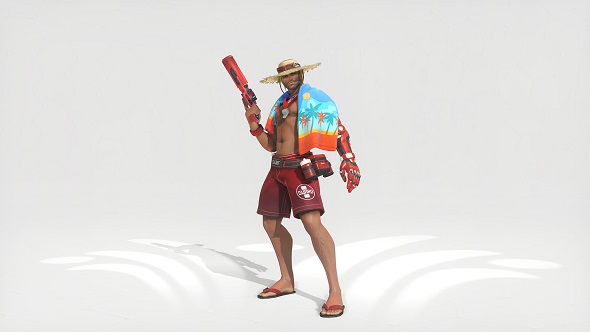 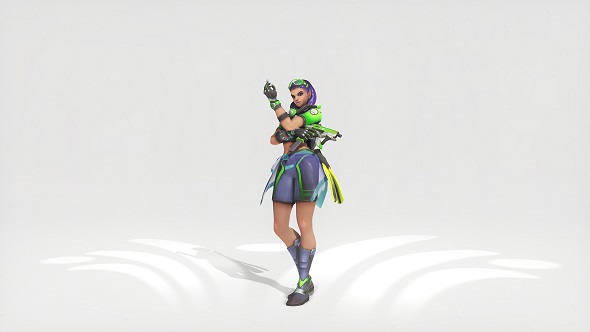 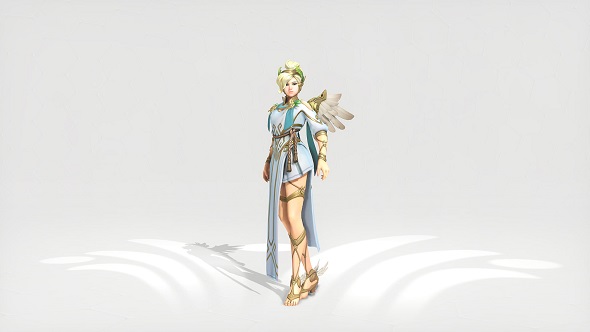 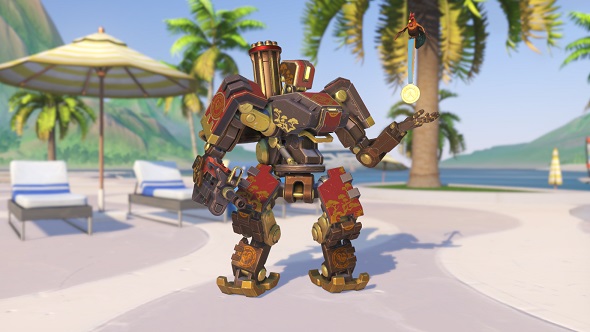 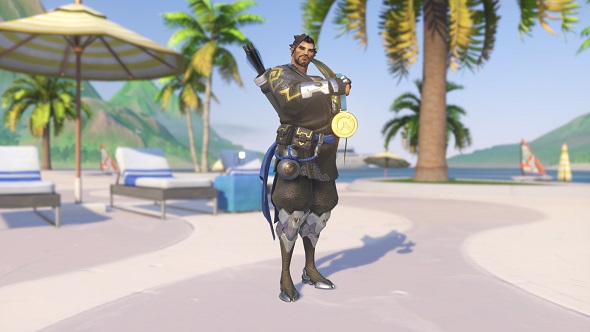 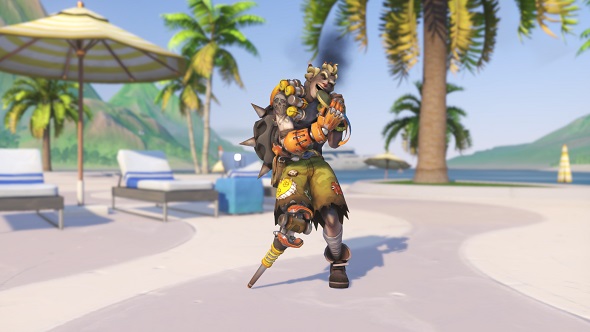 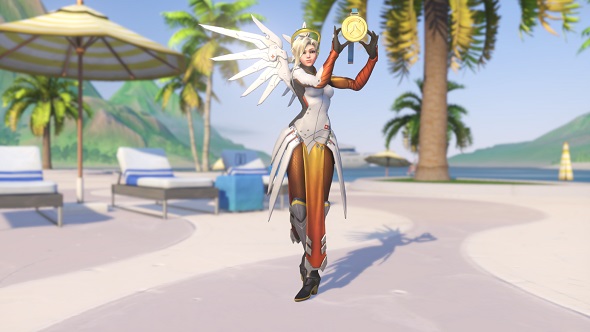 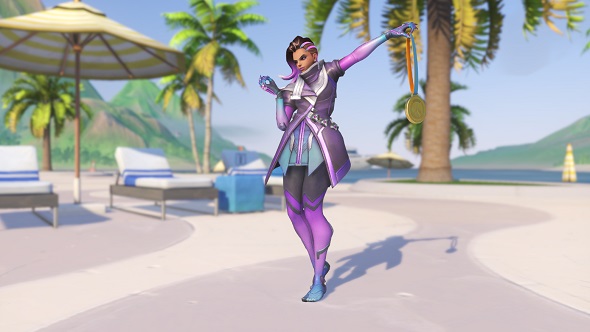 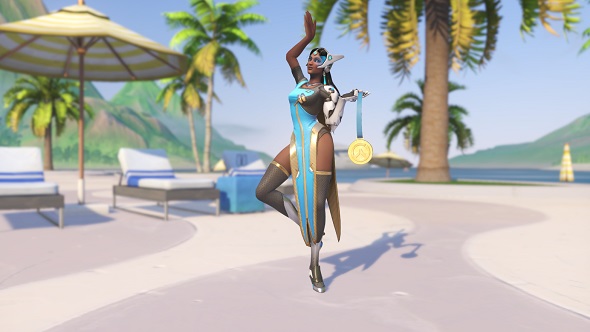 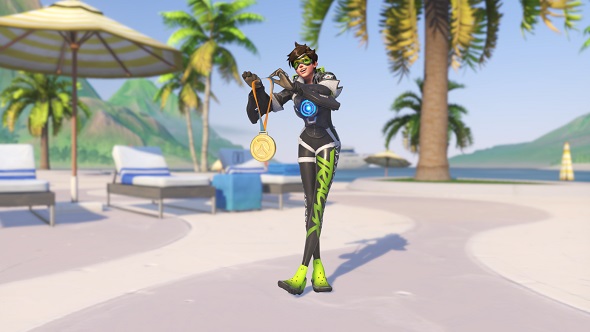 This latest batch shows Soldier: 76 looking like an absolute dad, McCree in a straw hat, Sombra in swimwear, Widowmaker in not much at all, and Junkrat in some sportswear. You can see that last one onImgur.Here’s a look at the other four:

Mercy’s also leaked earlier, and you can see that below. The event will be going live imminently.

One of Mercy’s skins from this year’s Overwatch Summer Games event – which should go live tonight – may have just been leaked. If it’s representative of the event’s aesthetic overall, we could be heading for an Ancient Greek theme, which we’re very much on board with.

The apparent leak comes from the Chinese version of the game, and features everyone’s favourite Swiss medic in a white gown, accessorised with gold bracers and an Olympian laurel wreath. Contrasted with an ominous Doomfist – still in his default skin – she looks every inch the Greek goddess.

The leak was dug up by bata12 – who advises that they can’t verify its authenticity – and posted to Reddit. Props to the users who followed a comment from someone with a Soldier avatar with a cascade of appropriate wordplay. “We’re all Mercy mains now,” indeed.

Update August 2, 2017:The Overwatch Summer Games will arrive today, August 8, bringing back Lucioball and a bunch of new items.

The Overwatch Summer Games return today, August 8, and will run until August 29. There’ll be a whole bunch of new items, and last year’s Games skins will return as well.

The Summer Games will bring more than 100 new items, including 12 new skins, one of which would seem to be a new Sombra skin.

The update also brings back competitive Lucioball for a three week season. The game mode and the map will be exclusive to the Summer Games.

The release time for the Games hasn’t been announced yet, but will likely be this evening around 18:00 or 19:00 BST.

Whoops. Fake news. While the datamining was accurate, the conclusions drawn were not – Lucioball and the Overwatch’s Summer Games event does not return today, but next week on August 8. The new video embedded below explains it all.

Here’s Jeff, mysteriously not from the Overwatch team this time around, to explain it:

Outside of absolutely untold savagery from the development team towards Roadhog – as if the poor guy deserves it – here are the cliffnotes:

You decide if the Roadhog ‘slip’ was a suggestion or not, given the event is set in Sydney and his are the last group of fans you’d want to bait. Except for Mercy mains. Angry, thirsty Mercy mains.

Update August 1, 2017:Eagle-eyed dataminers have been searching through thebackground downloadfor the Overwatch PTR, and they’ve uncovered what could be the release date for this year’s Summer Games event.

Blizzard said the background download was so large because it contained format changes, but it also seems to have contained more information on the new event. The data suggests Summer Games will go live tomorrow, August 2. It will end on August 23.

Here’s what the strings say, via theBlizzTrackDiscord channel:

Update, August 1 2017:Dataminer Yernemm has found strings that introduce a potential beach theme for this year’s Summer Games, which could be out as early as tomorrow. There’s also more than 40 new items, an incoming report system for console, and more evidence for the return of Lucioball.

According to aReddit postby dataminer Yernemm, the Overwatch Summer Games update is set to bring “40+ new items” to the game, as well as bring back all the items from last year’s event.

A string discovered by Yernemm’s datamining reads: “The Summer Games return for more fun in the sun! Your favorites from last year are back alongside 40+ new items!” Another string, reading “Back to the Beach”, may also hint at a seaside theme for this year’s new cosmetics, but it’s unsure exactly what this refers to.

A few extra details point further towards the return of Lucioball, with two strings, one reading “Score goals, make saves, and lead your team to victory!” and another simply “Soccer save,” but there’s still no concrete information on this.

Finally, there’s a chance the Summer Games could start as early as tomorrow, with a string reading “August 2 – August 23.” It’s more likely, however, that this is simply the leftover dates from last year, as they match up exactly with the Olympics-themed Summer Games of 2016.

There’s some good news for console players in there as well, as Yernemm has found significant references to a long-awaited report system.

You can read Yernemm’s own post right here for a few extra details or to take your own look at the data itself.

Original post, July 31 2017:Lucioball is almost certainly coming back to Overwatch. That’s according to new achievements added to the Xbox One version of the game.

Redditor Ekultron found the achievements and posted them to Imgur. You can tell they’re new – rather than returning from last year’s version of Lucioball – because no-one has earned them yet.

They were added with the recent Doomfist update(aka, patch 1.13), which has hit all platforms, yet Lucioball isn’t live yet and nor is a 2017 version of the Summer Games (the event that contained Lucioball last year).

It was widely speculated that Lucioball and the Summer Games would both return alongside Doomfist’s arrival in the live game. These achievements seem to confirm the former at the very least, and we very much doubt that the Summer Games won’t return too. Expect that to happen any day now.

If you weren’t around last year, Lucioball is a special 3v3 game mode in which all players are Lucio and must boop or melee a large, floaty football into the net. It’s a bit like Rocket League.