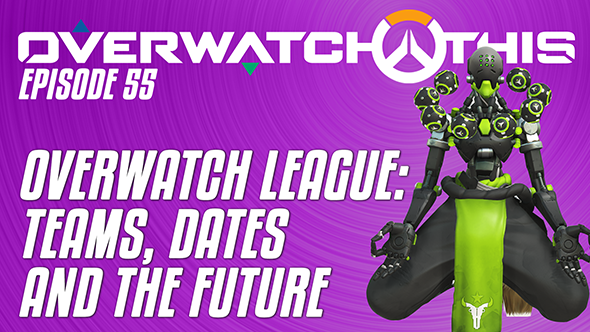 With BlizzCon and the excitement for Moira starting to settle, it’s time to turn focus to the next big thing: the Overwatch League. After months of speculation about how the esport event of the year will work, Blizzard have finally revealed what we can expect from season one.

This week’s episode of Overwatch This sees Ben and Matt discuss the teams, divisions, and full schedule of the Overwatch League. The preseason kicks off in December, meaning there’s just a few short weeks until everything gets going. Plus we look at the future of the League, and the chances of players being able to get their hands on those great team skins.