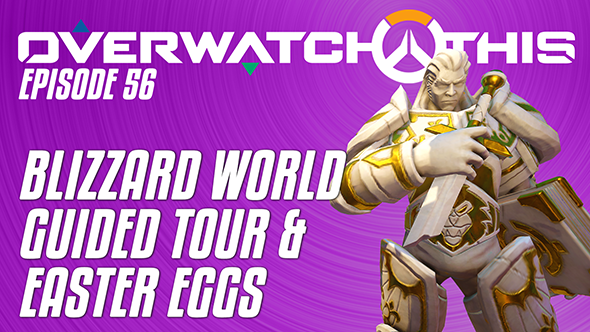 With Moira now live, Overwatch fans are now looking ahead to the release of the game’s next map: Blizzard World. Thankfully the wait hasn’t been long; the map is now on the PTR, meaning we’ve been able to go hands-on to bring you a guided tour to all its secrets in this week’s episode of Overwatch This.

Regular host Ben is, thankfully, the world’s number one Blizzard fan (we think), and so is the perfect person to spot the dozens of Easter eggs hidden away in the many corners of this hybrid control/payload map. From the Warcraft heroes who guard the entrance to the books that line the walls of the Diablo-themed castle, there’s plenty to see and get excited about.