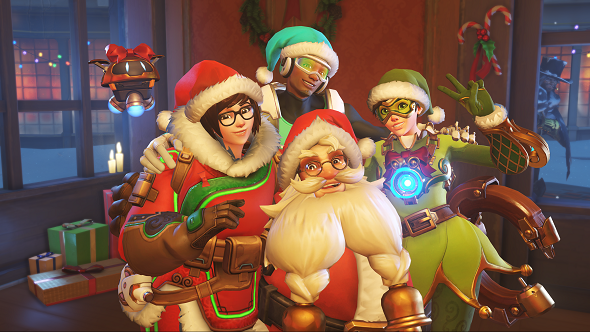 Blizzard are reflecting back on the year with the latest Overwatch developer update video. In it, game director Jeff Kaplan talks us through 2016, and he also gives some hints as to what’s coming in 2017. Check the video out above.

There are a bunch of quality of life tweaks coming next year, along with the option to activate more voice lines and emotes in a match, which will be perfect for showboaters. The same goes for sprays – you’ll still only be able to have one out in the world, but you will be able to cycle through multiple.

As for big changes, they’re still working on heroes and maps, of course. One hero is looking promising and they are currently being moved through the art pipeline. It could well be Doomfist.

New maps are also being experimented with. Blizzard have one map they’re quite confident with, and it will house a traditional game mode. Then there are a few experimental ones that might happen in the Arcade on top of that.

Blizzard are also working on a server browser for custom games so players can experiment with new game types. This should be coming “early 2017” and will be iterated on throughout the year.

As for what’s not coming. Well, don’t expect an Easter or Valenitine’s event.

“We do have some VERY cool stuff planned for next year,” said Kaplan on the Blizzard forums. “To clarify without spoiling surprises: We are *NOT* planning a Valentine’s or Easter event. So yes, you can expect cool events. But just to manage expectations Valentine’s and Easter are not those events.”