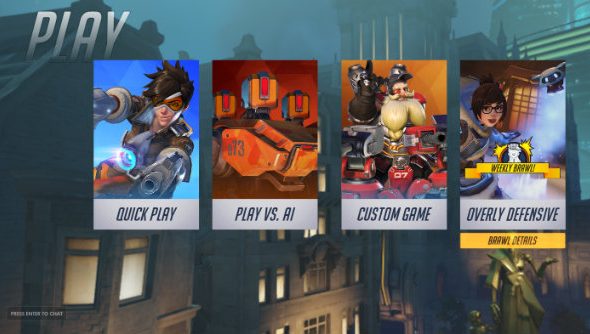 It’s time for the new Overwatch Weekly Brawl, which aims to prove that the best defense really isn’t offense, it’s actually defense. Probably. You’re going to find out if it is, either way.

For more competitive fun, check out our list of PC’s best multiplayer games.

So your only options are to play as Bastion, Hanzo, Junrat, Mei, Torbjorn or Widowmaker. And to make sure the games aren’t just filled with Bastions, there’s only two of each hero allowed per team.

I can’t help but feel countering Bastion will be even more of a pain in the arse than normal in this mode, but it’s all a bit of fun isn’t it?

Back when Weekly Brawls joined the beta, dataminers dug up some possible Weekly Brawls, and this one showed up on that list, so it looks like we’ll be seeing the others.

Let us know if you try this week’s and tell us how you get on in the comments.