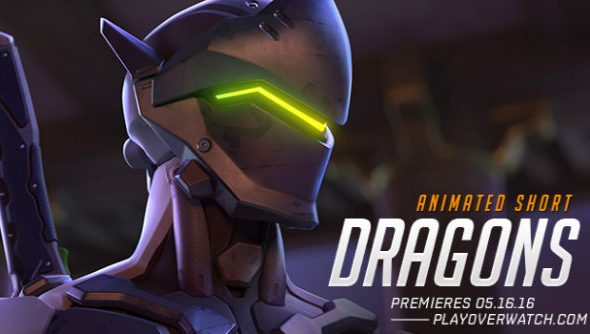 Blizzard have announced the release date for the next Overwatch animated short, as well as a couple of hints at what it’ll be exploring.

After the beta, I’m convinced Overwatch will get onto our list of PC’s best FPS games.

“Dragons explores the history of conflict between the scions of the Shimada clan: Hanzo and Genji. In this episode, we follow Hanzo as he returns to the siblings’ family home in Hanamura once again to seek redemption… only this time, he finds himself confronted by the ghosts of the past.”

So it looks like we’ll be getting some ninja-on-ninja action in a possible scrap between Hanzo and Genji. I’m cheering for Genji, personally, as he was just so much fun to play as in the beta. I swear I could see opponents hesitate when aiming at me, convinced I’m about to deflect their volley of bullets right back at them with a well-timed katana flair.

Dragons premieres on PlayOverwatch.com on May 16 at 10am PT.

Watch the second animated short, Alive, which focuses on Widowmaker and Tracer, below: