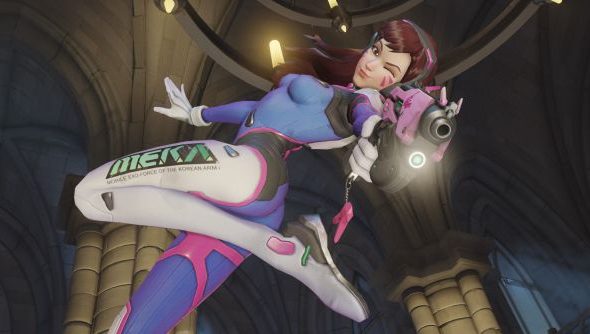 We’ll likely never see accurate sales numbers for Overwatch, and we’re unlikely to get player numbers for League of Legends again. However, in Korea, independent companies release numbers for their ‘PC bangs’ – LAN cafés, essentially. They’re where the majority of the Korean populace play PC games, so it gives a good idea of the popularity of individual games. League of Legends has been top of the pile for four years, but Overwatch is catching up and, according to some numbers, has passed it.

You’ll need the best Overwatch characters to compete with the Koreans.

The news first popped up on Reddit, where this graph was posted from one of the PC bang companies, showing Overwatch within one percent: 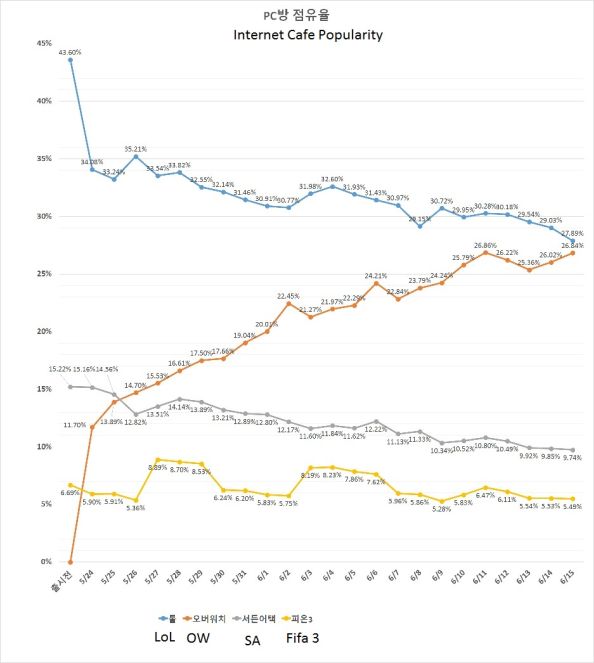 In addition GettoGold, which runs 40% of the PC bangs in the country, puts Overwatch 0.40% ahead, as detailed in the original thread.

So, why is this relevant? Well it takes a pretty serious game to take over Korean PC bangs. Brood War held the top spot for many years when it was effectively the country’s national sport. League of Legends took over at the same time it took over the rest of the world. Making an impact of this magnitude, even this early on, is seriously impressive, and speaks to something we probably all know – Overwatch is one of the biggest games released in a long, long time.

Obviously, it doesn’t mean League is doomed, or Overwatch’s future is secure. We’re only a few weeks in, the game could drop off as the newness wears off and other always-on games – be they WoW, League, Dota 2 or your personal preference – get big updates. Frank Fields, an eSports professional who has worked at both Blizzard and Riot, pointed out on Twitter why Overwatch may have made such a dent in League specifically:

The game is also faster, easier to jump into, more balanced, more polished. To boot, Riot recent decisions have been unpopular.

The decisions he’s talking about were also laid out on Reddit by a particularly, ahem, passionate member of the community. While all players may not hold the same opinion, there has been a loud outcry against Riot by their usually massively supportive community over the last few months. Exactly what impact that has had on player numbers, again, we can’t really know.

Seeing how Blizzard create and influence the inevitable eSports scene, as well as how future patches – beyond simple balancing – impact the game and its popularity will be important to it maintaining this sudden popularity. The team are currently riding a large wave of popularity based on quick action during beta and since. Game director Jeff Kaplan is practically a hero for being so straight forward in Blizzard’s plans for the game. Doubtless, things will change over time as mistakes are made and unpopular decisions implemented.

Which are you putting more time into currently? I doubt we have too many Korean readers (if so, hi!), so how’s the west handling it? Have you switched from one to the other, or have any games you played regularly been cashed in for Overwatch?