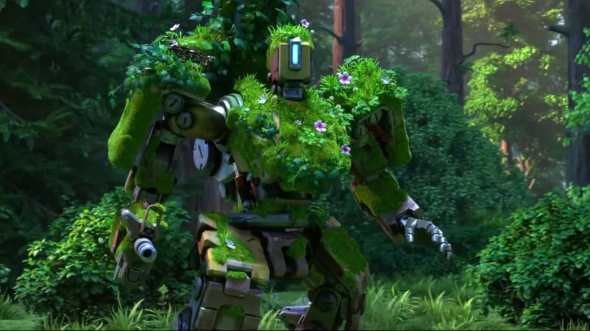 Who might soon be the subject of a brilliant Blizzard short? Here’s what we know about possible future Overwatch heroes.

The award was bestowed by the tasteful readers of Webby, an awards site whose plaudits are said (without irony, we assume) by the New York Times to be ‘The Internet’s highest honour’. Specifically, they voted it 2017’s Best Writing in the film and video category.

It doesn’t actually have any dialogue, mind, but there’s plenty of writing involved in direction, characterisation, theming, and so on. As anyone who’s seen Wall-E or the first few minutes of Up can attest, you don’t need words to move an audience or evoke a mood, and The Last Bastion was hailed for its representation of the ex-killer robot’s PTSD-like condition and budding friendship with Ganymede (the bird).

Though thoroughly deserved, the award is even more impressive when you consider the opposition, which included HBO satirist John Oliver and Defy Media’s ‘Honest Trailers’ series. Though Bastion took home the People’s Voice award, the judges chose a 360 VR video by the New York Times, which put the viewer in a scene with the cast of a black and white film.

The Last Bastion debuted at Gamescom in August last year, in that innocent time when the Sombra ARG was still new and we had yet to witness its full horror.