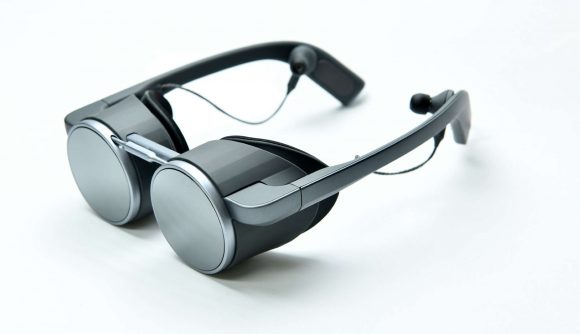 Panasonic has unveiled its prototype of a VR headset that looks like it was ripped straight out of the Mandalorian. Yeah, Panasonic. Not necessarily the first name you’d think of when talking about PC-connected VR headsets, but the new Panasonic VR glasses are the world’s first HDR-capable UHD virtual reality goggles and they look frickin’ great.

Japan’s 4Gamer has had a test drive of the new glasses at CES and were suitably impressed – especially when it came to the impact that HDR made when viewing a high definition image in a VR headset. The writer, Nishikawa Zenji, even went as far as to say that the HDR effect was far more immersive than when seen on a simple direct-view display, such as a TV.

But it’s the form factor and styling that has really caught the eye… if you’ll pardon the mild pun. The glasses style means that the Panasonic HMD is far lighter than the strapping competition, with the final aim of the design to be around 150g. Currently the prototypes are around 250 – 300g, but the company has plans to get that down.

Obviously, being a PC-connected headset means the Panasonic set doesn’t need any real form of processing hardware in the goggles, which will keep the weight down versus a standalone set. The downside is that there is currently no tracking set up with the VR glasses, making them right now just essentially a VR viewport with the ability to change where you’re looking and not a lot else. 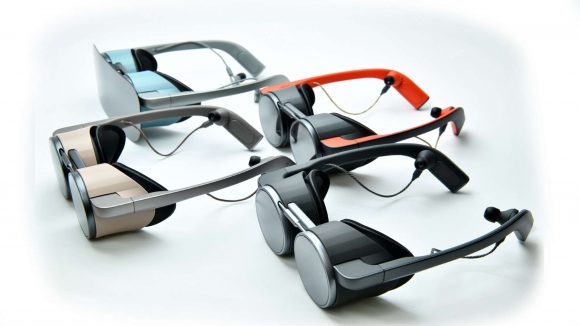 The tester also points out that, because of the design and the lack of a dedicated headstrap, if you were to game in the Panasonic VR glasses there’s a good chance they might just fly off your bonce. There’s also the fact that, for some half-blind half-wit such as myself, they wouldn’t be usable on top of actual glasses.

But still, the tech sounds impressive, with a 1.3-inch OLED panel per eye, delivering a 2560 x 2560 resolution image in each, with a 120Hz refresh rate on the displays. Kenji also mentions that the screen door effect, or ‘dot feeling’ as they describe it, has all but vanished with the super-sharp image quality the Panasonic set offers. 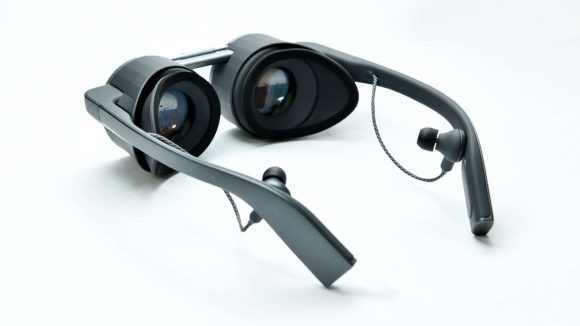 At the moment the VR glasses are very much in the prototype stage, and despite being PC-connected don’t yet have the potential to make Half-Life: Alyx a gaming reality in a lightweight frame, or challenge the best VR headsets around. But it’s great to see companies the scale of Panasonic working to bring the bulky scale of traditional virtual reality HMDs down to a much more manageable level.