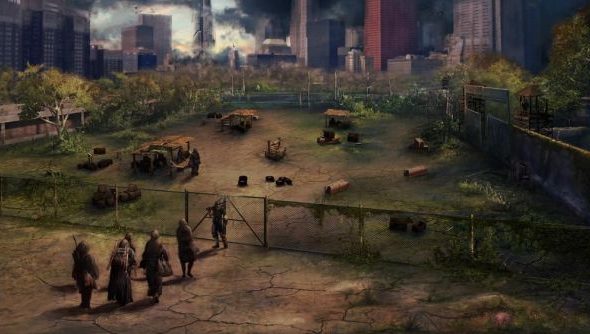 The dome descended unannounced from space, and landed on Earth – looking for all the world like the circus tent of the future. Then it just sort of sat there looking enigmatic for a few months – until the Earthlings, in their characteristic wisdom, decided to chuck all of their nuclear missiles at it.

The world plunged into darkness; the dome cracked open, and escaping gases killed or mutated most inside. But strange capsules promised survival and even immortality for those with the will to keep going.

It might read like The Simpsons Movie gone grimdark – but the Pangaea team are building an MMOFPS with more than a Geiger crackle of S.T.A.L.K.E.R. about it. And they’re wrestling with a unique question: how do “remote places” and loneliness go massively-multiplayer?

Pangaea’s dome is a forcefield, projected by an ark – one of many unexplained vessels dotted about the game’s 100 kilometre-squared world. 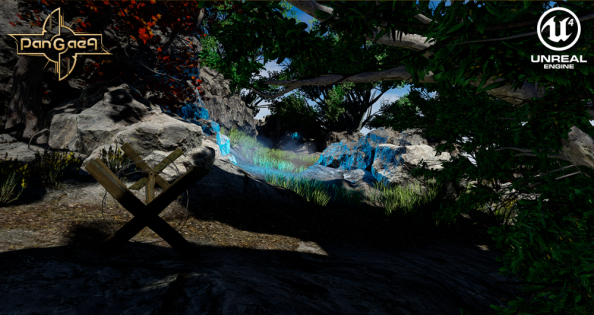 “We wanted to make this post-apocalyptic scenario a little bit different,” said lead environment artist Victor Martyanov. “We wanted to create some mystery with these ships, which also happen to be towers which appear to stab our planet all around the globe.”

The arks which precipitated Earth’s destruction are now its best shot – shelters for survivors to fight over. For players, they’re well-guarded troves of loot – enlivened by monsters and doors in need of keys. Not to mention S.T.A.L.K.E.R.-style anomalies – nebulous areas that play with time and emotion, driving humans in their sphere of influence to fear and anger.

Towers will come in different shapes and sizes, and players will need to work through a series of quests to get inside each.

“It won’t be so easy to stay in them,” said Bunyatov, “because the tower will protect itself. You will need a team to go into that ark and get that precious loot.” 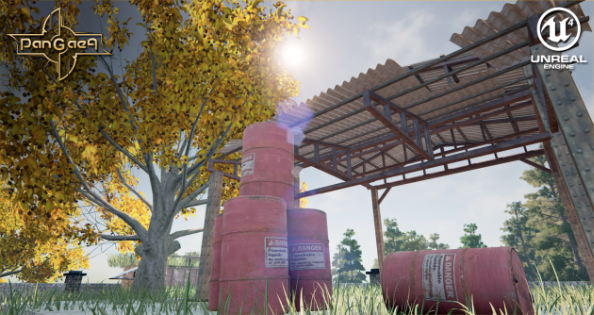 Ah yes: tower assaults will be the closest thing Pangaea has to raids: reasons for 30 or 40 players to band together with the common goal of gathering better gear. It’s a break from the example of DayZ, one of Pangaea’s clearest inspirations, and reflective of a larger identity issue for the game.

“The game should be really big and global,” said Martyanov. “[But] the atmosphere of loneliness is one of the main characteristics.”

Nowhere is that clash of character more apparent than in Pangaea’s server settings. Martyanov explained that players will have the option of both PvP and PvE.

“In PvP you will be meeting other players more often and be able to battle as you choose,” he said. “In PvE you will be wandering around this huge world, and you’ll be meeting players rarely. It will be up to players to play together or just discover this seamless world.” 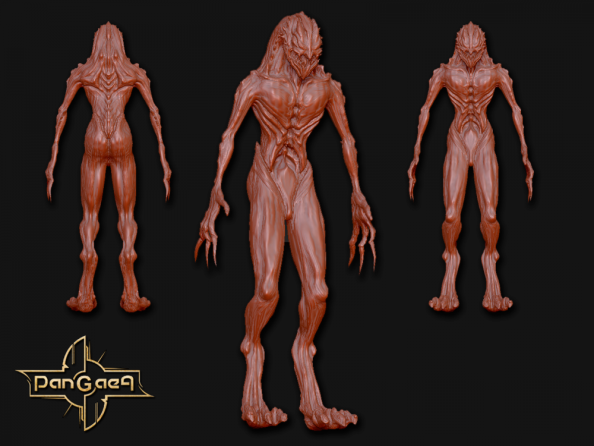 Servers will allow for plenty of players, but the Pangaea team intend they’ll only occasionally group up for MMO-style raids – more often joining with one or two others for looting missions.

“The main idea here is not to gather a lot of people on the server,” said Martyanov. “The main idea is to create that remoteness – that loneliness.”

The team visited a lot of “remote places” for research in Russia, China and Kyrgyzstan, where they’re based.

Around 40 of Pangaea’s environments have benefitted directly from the legwork, particularly in the details. Bunyatov points specifically to chemical plants, often portrayed in games as concrete structures, but in reality more often built from metals.

“We needed to see how a remote place feels, and what sounds and feelings it gives you,” said Martyanov.

“The fear,” added another developer on the call. 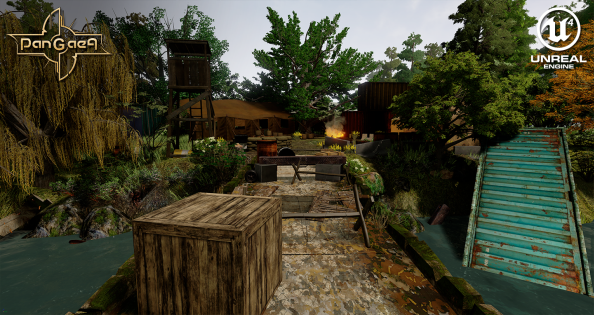 The development team is 15 people, with the help of “a lot of interns”. They’ve pieced together what they have of Pangaea so far in Unreal Engine 4, which they picked for its “uniqueness and flexibility in a lot of dimensions”.

“You can adapt it to your development, change the engine as you need it, and put it in the form you need for the game,” said Martyanov.

Accessing UE4’s source code has been crucial in developing the code behind Pangaea’s complex servers.

The team are signed-up contributor developers – which means they “help find mistakes” alongside Epic in the still-new engine. 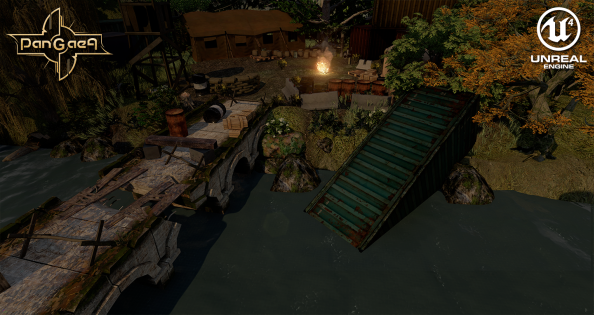 The team have already invested around $500,000 in Pangaea, but will take to Kickstarter for more. They’re already working on building a community, and are eventually aiming for 20 to 30,000 players (“We think that will be quite enough”).

Whatever the final figures, they’re already chuffed with their work – the result of professionals used to working on smaller projects banding together for a raid on the mainstream.

“Victor had the dream to develop this project that would be huge, global maybe,” said New World team member Adalyat Bunyatov. “He started that. He’s proud of the team he built and is still building. They know that [regardless of] any circumstances in the future, they will finish this project.”

“The dream is reachable,” another voice on the call offered. “Absolutely.”

Pangaea New World is in the works for PC. Unreal Engine 4 development is now free.

In this sponsored series, we’re looking at how game developers are taking advantage of Unreal Engine 4 to create a new generation of PC games. With thanks to Epic Games and the Pangaea team.