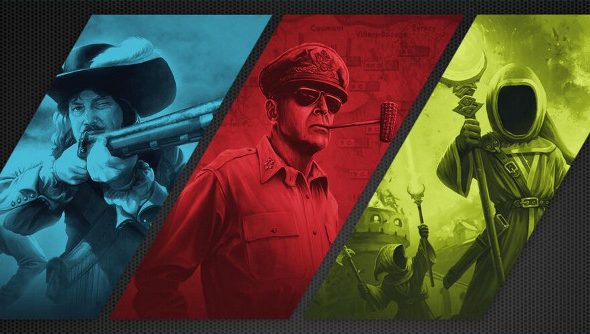 You might have heard of Tencent before – they’re the majority owners of Riot Games, as well as having a close relationship with Activision and various other companies when it comes to running and distributing their games in China. They’ve popped up again today because Paradox Interactive, publishers of Tyranny, Stellaris and Crusader Kings 2 to name a few, went public on Nasdaq. As part of that Tencent was allocated 5.28 million shares at 33 SEK each (that’s 174,240,000 SEK or about 21 million USD) for a 5% equity stake.

Paradox are responsible for some of the most exciting upcoming PC games.

The deal was agreed by both parties as a mutually beneficial one, with Paradox’s CEO Fredrik Wester retaining the largest stake at 33.3%, while Tencent “will work to explore opportunities with Paradox to build up the emerging grand strategy, simulation, and story-driven RPG fan bases in China.” Given they already operate League, Call of Duty and many other massive franchises there, it sounds likely.

“Tencent approached us as big fans of our grand strategy games and with a genuine interest in Paradox and our onward journey,” says Wester of the deal. “It has always been very important for us that any partners we bring on board can contribute in a unique and attractive way to Paradox and have a long term commitment to the company. Tencent certainly fit the bill with their network and know-how of a market where we are not yet present and we believe Tencent will be able to add great value to Paradox in near and long term.”

It will be interesting to see what, if any, changes have to be made to Paradox’s back catalogue and future releases to see them published in China. Based on quotes from their high ups, Tencent truly believe they can build a fanbase there for Paradox’s brand of niche titles.

Those worried about incoming corporate overlords should probably look to the success of Riot Games, and how interactive and responsive they are with their dedicated community, to see that Tencent have at least a fine track record. Obviously they favour the free to play side of things, and may introduce that for the Chinese versions of some games, but the subscription-ish rate at which Paradox already release expansions is very much in the same ballpark.