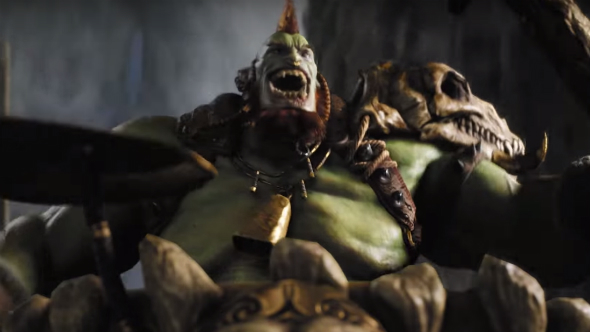 Paragon developers Epic Games have been pulling out all the stops for character design. The game’s roster of heroes already includes an imp controlling sentry bot, a pair of pyromaniacal cast-outs called Iggy & Scorch and now a drummer boy orc who casts spells in between blast beats. His name is Narbash, presumably because he’s gnarly and he likes to bash things.

Looking for more online brawlers? Check out the best multiplayer games on PC.

Narbash will play the role of a support caster when he arrives in Paragon on August 23. From the announcement trailer above, there’s a few hints at what his abilities will be – such as an area of effect spell, a supportive shield and a particularly devastating projectile drumstick. We also see Narbash charging into battle, blasting away on the drums as meteors rain down from above.

Like all of Paragon’s heroes, Narbash will be free to play when he joins the games 20-strong roster. With Epic promising a new hero every three weeks, it shouldn’t be long until we hear about the game’s next debutant – and if Narbash is anything to go on, Epic aren’t running out of ideas any time soon.