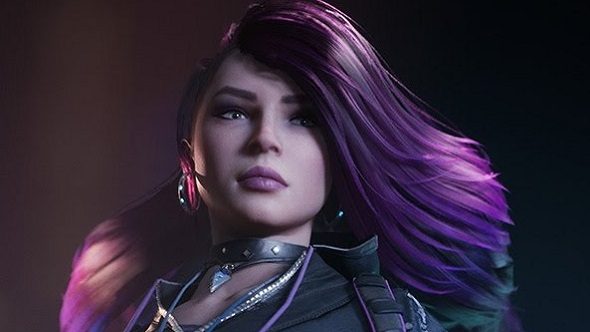 Coming in its Age of Intellect update on May 16, Epic Games have introduced Paragon’s latest support hero. Named Phase, she is a master of telekinesis who can buff alllies to help them stay in the fight, while also offering them an easy escape option should things go south.

Find the MOBA that’s right for you with our special guide.

Her most important ability is Telekinetic Link. Throwing a literal lifeline to a teammate of her choice, Phase boosts the health regen of her target ally. Performing any of her abilities while linked will also increase her ally’s health regen, meaning an active Phase can keep a carry in the fight almost indefinitely. If the danger looks too great, Phase can reactivate Telekinetic Link to pull an ally to her, similar to Thresh’s lantern in League of Legends. While great with a team that is actively communicating, I can also see a lot of trolls picking Phase and deliberately pulling their teammates into trouble.

Phase’s Q is Psychic Flare, which emits a flash of blinding light around both her and her linked ally. Along with being damaged, enemies caught in the blast are also blinded for a short period. Her E is Energy Lance, which sees Phase firing out a stream of psychic blasts from her hands. Every hit of Energy Lance causes a stack of slow on the opponent, with it turning into a root if Phase lands every single hit.

Finally, her R is Hyperflux. When cast, both Phase and her linked ally gain a short movement speed boost, along with increased attack speed, a mana regen bonus and reduced cooldowns. Combined with a successful Energy Lance, Hyperflux can give you and your ally the buff you need to take down an enemy tank.

Phase arrives as part of Paragon’s larger Age of Intellect update, which hopes to rebalance many of the game’s heroes and cards.The Age of Intellect also adds a new Reward system to Paragon, where players can earn special Stars to unlock items from a monthly vault. The items in the vault will change every month, so try to save up your Stars to earn that one specific reward. One of the new items added in the Age of Intellect is the Golden Key, which ensures players will receive at least one rare item or higher from one of the game’s loot chests.

If you want to see all of the hero and card changes ahead of May 16, make sure to check out Paragon’s official website.