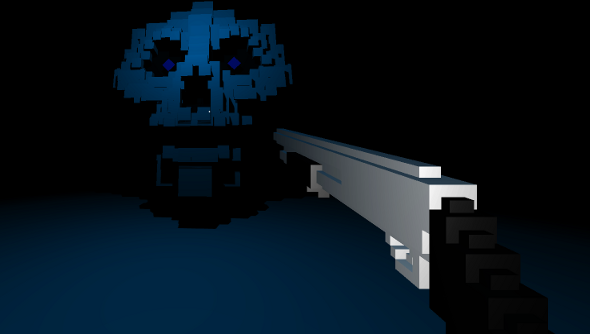 Death threats are a pretty terrible way to blow off some steam, especially during a time when people are being chased out of the industry by them. But with Code Avarice’s Mike Maulbeck, who threatened Gabe Newell after his game, Paranautical Activity, was mislabeled as Early Access on Steam, the inverse has happened.

Maulbeck’s outburst led to Paranautical Activity being removed from Steam, and in an apology written on the Code Avarice blog, the developer explains that he’s stepped down and will no longer have anything to do with either the game or the company.

“I feel is it my responsibility to step down from Code Avarice completely so that Steam has no reason to harbor any more ill will towards the company, and maybe even if we can’t see Paranautical Activity restored, at least future Code Avarice games may be allowed onto the platform,” writes Maulbeck.

This is obviously the right thing to do, hopefully saving the team and anyone hoping to purchase the game on Steam from suffering from his mistake, but it does not look like Maulbeck has learned much from the experience.

He says he’s “deeply sorry” about the dreams and aspirations of both his colleagues and himself being destroyed, and follows up with: “If I do continue to work in games it’ll be as an anonymous 1 of 1000 at some shitty corporation, not the most public figure of a single digit sized team.”

I’d suggest that a “shitty corporation” would be as enthusiastic about working with him as Valve was when he threatened Newell.

If you’ve ever thought that PR training was a bit silly, remember that some people desperately need it.