There’s no doubt the Path of Exile 2 release date will be on the mind of RPG games fans until it’s revealed. We’re no stranger to Grinding Gear Games launching Path of Exile updates with numbers on them. GGG has done a wonderful job keeping PoE topped up with content that keeps the game fresh with new challenge leagues, loot, and skill tree updates.

Typically, the New Zealand-based developer keeps up with a new expansion every three months, which is mighty impressive. A big update like Path of Exile 2, though, is exciting. GGG has the opportunity to introduce bigger changes that’ll really change the landscape of the game. We should also be getting a chonking big story to get through, and new classes to make PoE builds around.

Keeping tabs on a new release can be a lot of work though, as various strands of information are scattered around the internet. To make that a touch easier, we’re rounding up everything we know right here. So, here’s what we’ve found out about the Path of Exile 2 release date, beta, gameplay, and more.

All signs point to the Path of Exile 2 release date happening in 2021. We know that Grinding Gear Games hoped to have the game’s beta out before the end of 2020, but due to the pandemic the scheduling has been delayed and Path of Exile 2 won’t be playable this year. However, the good news is that both quarterly expansions this year are on track for September and December. 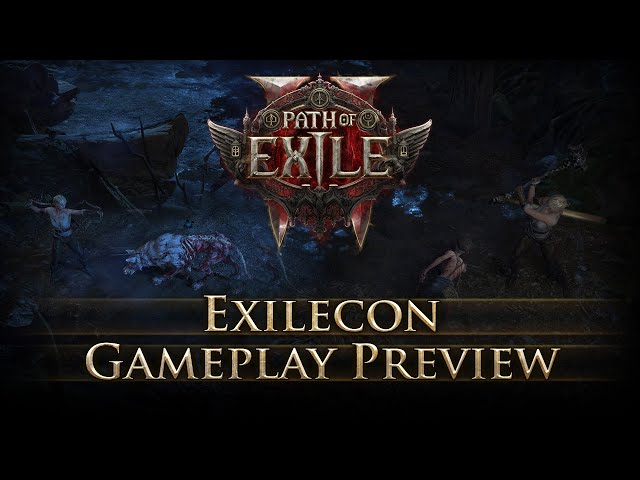 If you’d like to see 14 minutes of the first PoE 2 gameplay, you can check out an in-depth trailer above.

The new set of exiles will get a fresh set of ascendancy classes to choose from – 19 options that are distinct from those from the PoE campaign. We’re also getting a reworked skill system, which will allow you to socket support gems directly into skill gems – which should make building your character easier, while maintaining all the previous depth.

Naturally, there’s plenty of new equipment, and the devs say on the official site that “the entire progression of armour and weapons has been redone from start to finish.” (Of course, all your microtransaction purchases will carry over).

More recently, there has been an extended walkthrough of the game’s second act, as the player escorts a caravan through the desert. 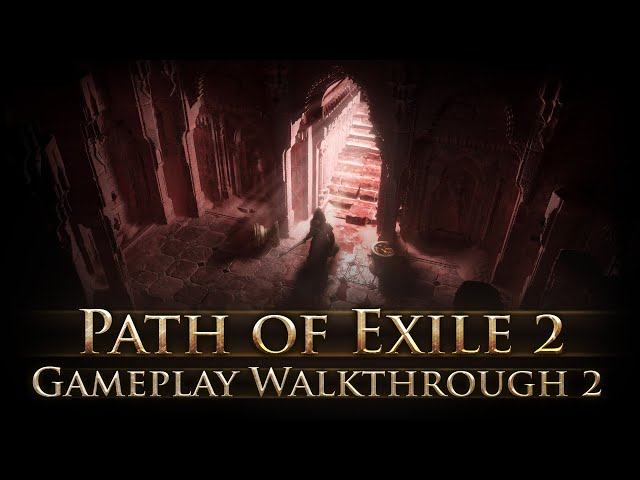 First we see the new spear weapon class in action, stabbing big spiders in a cave, using engage skills to increase melee damage temporarily. Spear users also have the Whirling Slash skill that creates a sandstorm that gets bigger every time they use it. When you step outside its radius, the sandstorm bursts, dealing big damage to enemies trapped within. A field of spears can also be planted on the ground, with clever use of mobility skills forcing enemies to wade through the protruding spikes.

Also new to PoE 2 is the crossbow class, which grants users attack skills implicitly, a bit like how some weapons in Diablo 2 give spells to the sorceress class. The weapon shown off initially as an example grants the player the Power Shot skill that fires a more powerful, while another picked up from a mini boss gives the Siege Cascade skill that fires a shot into the air.

Gems can be equipped to the crossbow to change the type of shots that are fired. Three are available on rotation to the class shown off, with permafrost bolts slowing down enemies, incendiary bolts burning foes, and armour piercing bolts striking through enemy defences. Support gems modify the kind of shots that are fired from the crossbow further, demonstrated in the footage when the user fires off multiple incendiary bolts at once.

Mini bosses are in every area in the game, with the first one punching the ground to cause rocks to fall from above. As it does this though, the ceiling opens up, creating more safe spaces for the player to stand on. Regular monsters can also patrol on set paths in addition to lying in wait. 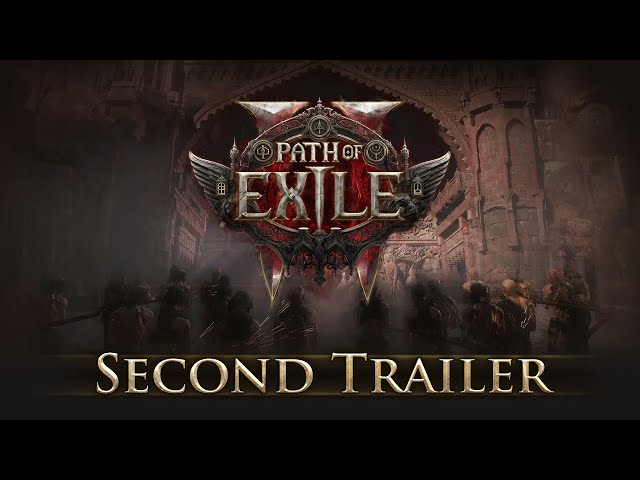 The new, seven-act campaign is set 20 years after the death of Kitava, and will be available alongside the PoE campaign – both storylines conclude into the same endgame content. PoE 2 will include all the expansion content that’s come to the game over the years, while making engine improvements and adding a host of new features.

The gameplay demo of the game’s second act also shows that the progression isn’t completely linear. You will be able to explore multiple paths, based on choices you make in dialogue. It’s not clear at this point if you can go to the other areas later on or not.