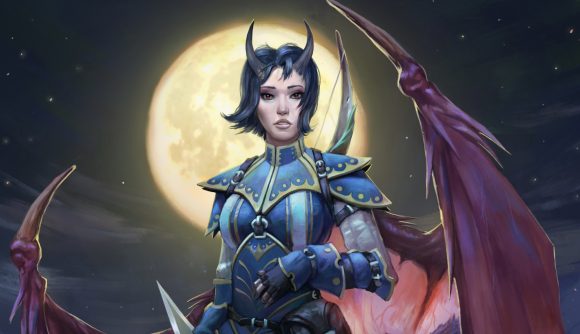 “Kind of the same as with Kingmaker, we consider ourselves dungeon masters for this adventure,” creative director Alexander Mishulin says at a preview event. “We’re taking the story and retelling it for the computer game audience. Some of the events and encounters are very, very close [to the adventure path]. Some of the events are completely different, and some of the motivations of the characters and underlying events could be different from the original material.”

The devs regularly chat with Paizo about those changes, which range from story elements to gameplay systems – Mishulin calls out the game’s interpretation of the mythic path system in particular as something that’s quite different from the original tabletop version. But the devs understand that part of making good use of a tabletop game is adapting it for your audience, and that’s just as true when developing a PC RPG as it is when running a game for your friends.

But while there are some mechanical changes, Wrath of the Righteous broadly sticks with first edition Pathfinder rules, even as the original tabletop RPG has moved into its second edition. Mishulin says the team stuck with the same ruleset to build on the work they’d already done with Kingmaker. So we’ll see “more options, more choices, more feats, abilities, and everything, to make the game richer”.

A new Pathfinder: Wrath of the Righteous beta is getting underway today ahead of the game’s launch this summer. For more RPG games, you can follow that link.