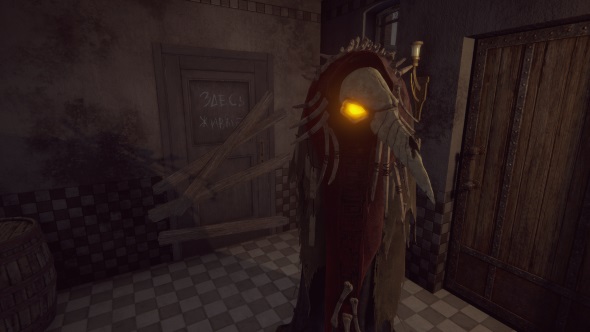 Pathologic is a weird oddball of a game. Originally released back in 2005, the its full modern remake is due for release later this year. If that’s too long a wait for you though, developer Ice-Pick Lodge have today released The Marble Nest: a free teaser game that offers a story set parallel to Pathologic.

Need more niche? Try one of the best indie games on PC.

Previously only available for backers of the Pathologic Kickstarter campaign, The Marble Nest clocks in at several hours long. It offers an introduction to the creepy, plague-ridden town that acts as the stage for Pathologic’s story. A playthrough will feature some, but not all, of the mechanics from the full game, which blends together elements of RPGs, adventure, and survival games.

The original Pathologic is a cult hit and won awards in its native Russia, but on the whole isn’t widely known. Its unique approach to roleplaying, narrative, and death is something that deeply intrigued me when I saw it at Gamescom last year, and I’d encourage you to give The Marble Nest a try. Pathologic is a deeply interesting but also very niche kind of game, and a demo like this will certainly help potential fans decide if they’re on board for the full ride or not.

The Marble Nest can be downloaded from Steam.