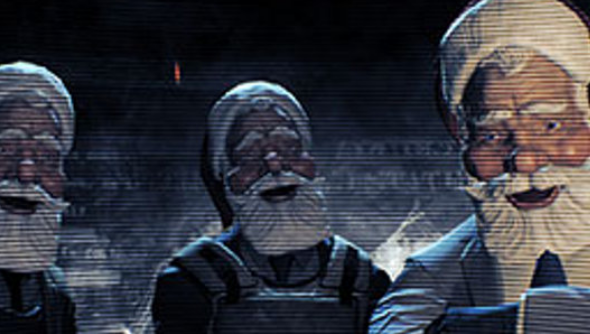 It’s joyful news for heist teams and bank robbers the world over today: 505 Games have announced that they will be supporting Payday 2 for the next 20 months with regular DLC packages.

The missions and updates will be developed by Overkill, and funded thanks to a generous $6m that 505 Games have stumped up. We can only assume this money comes from Payday 2’s considerable financial success, and not a game-inspired bank job.

The first downloadable mission set should be with Payday 2 owners already, with no charge attached, in the form of The Charlie Santa Heist. Take a look at the trailer above for a creepily realistic look at the titular robbery, complete with grainy CCTV footage, camera phone videos taken in bloody portrait mode, and occasionally hilarious ticker tape.

What’s to come in 2014 is anyone’s guess at the moment, but Payday 2 offered up some inspired crime capers and it’s not hard to imagine what else Overkill could pluck from their mind, be they seasonal, film-homage, or entirely original additions. Whatever they have for us though, we’ll be waiting gun-in-hand and mask-on-face.