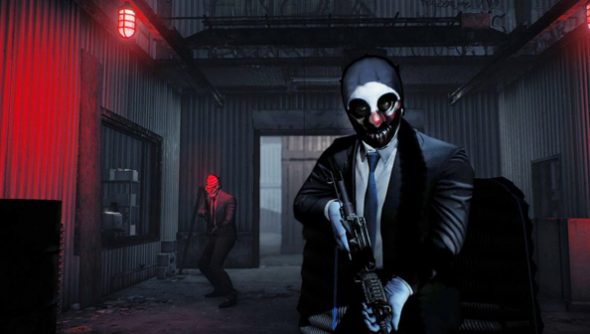 Payday 2 has a lot of DLC, and all of it will be available to buy in a single package from June 8, in the $45 Payday 2 Ultimate Edition. If you already own the base game, the DLC will be discounted until that date. Or you can upgrade to the Ultimate Edition for a variable sum, depending on what DLC you own.

If cheap isn’t your thing, check out our list of the best free PC games.

If you were to buy all the DLC or grab the Ultimate Edition, you’d get access to: 55 heists, 18 playable characters, 77 primary weapons, 51 secondary weapons, and 82 melee weapons. That’s a lot of gear.

While the amount of DLC might seem ridiculous – because it is – Overkill have announced that all future DLC will at least be free.

Do keep in mind, though, if you’re planning to buy just the DLC you fancy before June 8, none of it will be available separately after that date. Instead it’ll just be the Ultimate Edition, so the smart move would probably be to get an upgrade.

Payday 2 will be supported with updates until October 2018. In fact, Overkill only announced a new VR mode for Payday 2 last night. Check the FAQ for more.