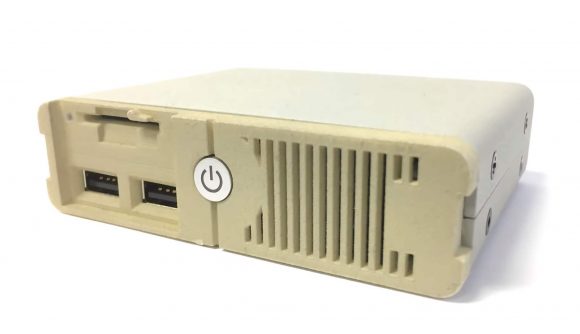 You there. You look like the sort to frivolously waste cash on a wholly unnecessary, me-too crowdfunding campaign. You are? Fantastic, then have we got an offer for you. Allow us to introduce you to the PC Classic from Unit-E, an ‘adorable DOS game console for your TV.’

Yes, if you’ve been feeling left out by all the NES Classic, SNES Classic, PlayStation Classic, or Mega Drive Mini nonsense, then the PC Classic will allow you to spend a pointless amount of cash ensuring a pointless device gets to market. The Unit-E crowdfunding campaign will kick-off later this month – or early December, who cares – for a potential release in the summer of 2019. And how much would you expect to pay for a nostalgic device which takes you back to the heyday of DOS-based PC gaming? The target price is $99. What a bargain.

I mean, obviously you can already play far more than the 30 game minimum the PC Classic is destined to come with for free in your browser right now, but don’t let that put you off…

Not only is the PC Classic an unnecessary device from the point of view of it already being easy to play pretty much any golden-era DOS game on your TV, but it almost entirely misses the point. Anyone nostalgic for the glory days of the beige-box PC aesthetic the PC Classic is aiming to emulate knew that it wasn’t just about playing the games. That was only half the fun – getting them to run on hardware and software barely designed to run anything more than a spreadsheet was the real brain-teasing puzzle game. 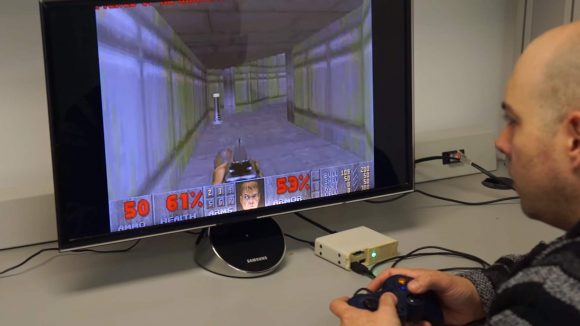 The PC Classic is designed to be “incredibly easy to use” which is just not on. Creating your own autoexec.bat and config.sys files, and configuring the system’s conventional memory was a major part of DOS gaming. That and figuring out the vagaries of the Sound Blaster setup.

There’s a HDMI, audio connections, and USB ports, as well as Bluetooth support. And not a parallel or PS/2 port in sight… I’ll admit, it is a small machine, but it’s no gaming PC. And given the scale you can actually build a fully functional gaming machine into these days, that’s a route you might actually want to go down. Check out our guide to the best mini PC builds if you fancy a go yourself. 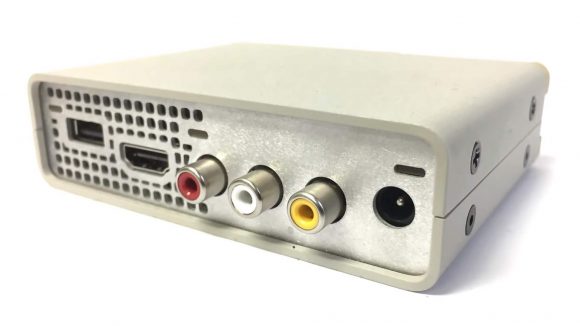 The PC Classic is also going to come with a gamepad and not an unfeasibly waggly analogue joystick, which makes absolutely no sense. Though in its defence, Unit-E is investigating suppliers looking to bring a mini keyboard and mouse to the package.

If you really want to throw good money after bad then you can sign up to get alerts at Unit-E’s site, or you could go and play TIE Fighter right now in your browser. Whatever gets you up in the morning.