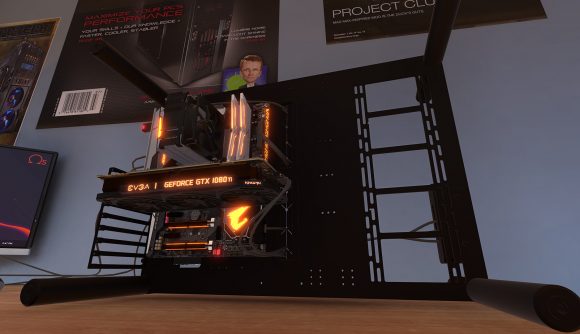 A whole lot of people play videogames, and it should be no surprise to see that gamers are quickly becoming a demographic majority. In the U.S., 67% of the total population plays games, making for 211.2 million total gamers in the country. That’s according to a new survey from EEDAR, a subsidiary of long-time industry analyst group NPD.

52% of active gamers play on PC, compared with 90% on mobile and 41% on console. A majority – 59% – play on both mobile and console or PC. 34% of those surveyed play exclusively on mobile. The survey checked in with 5,000 people, defined as active gamers by whether or not they used a surveyed device and played something in the month of June 2018.

If you extrapolate the computer percentage against the 67% total figure, that means roughly 35% of those in the U.S. game on PC. NPD rep Mat Piscatella says that PC gaming, for the purposes of this survey, means anything played on computers, likely including browser and social games. Still, games are games, even when you’re not tweaking settings to push your GPU to the limit.

Games tend to take up 16% of active players’ leisure time, or about 12 hours a week. That’s compared with an 18% share for internet browsing, 15% for music, and 13% for checking social media.

In the full release from NPD, Dr. Heather Nofziger notes that the industry’s focus on mobile over the past few years has been due to the “sheer size and diversity of the audience,” though that may be changing. “While there continues to be opportunity for growth in mobile, the real potential for growth lies with getting the other groups increasingly involved in gaming across platforms that they may not have considered using for gaming in the past.”

In terms of worldwide numbers, PC game profits accounted for 28% of the industry in 2017. Game industry revenue over the next four years is expected to hit $230 billion, driven in large part by growth in the PC market.