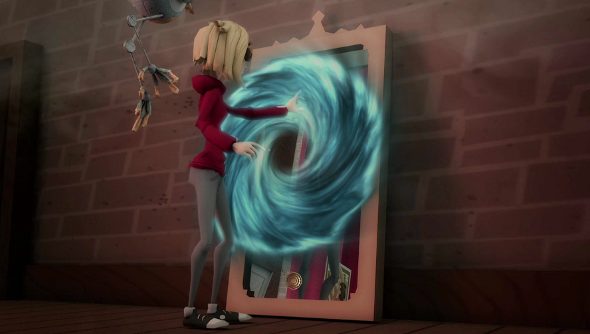 Adventure games can be set anywhere, be about anything, but is there a more compelling premise than a time travelling mystery? Is it just nostalgia talking, my abiding love for Day of the Tentacle? Maybe it’s just my normally unshakable faith that everything, not just adventure games, is improved with a large helping of time travel shenanigans.

Perils of Man threatens to shake that faith. The first act launched on iOS a while back, but this week it appeared on PC, complete. It’s a collaboration between adventure game veteran Bill Tiller, lead artist on The Dig, and collaborator Gene Mocsy, designer of 1954: Alcatraz. It’s a mystery that explores risk, the morality of changing the past, and how a game can lose its way so quickly. 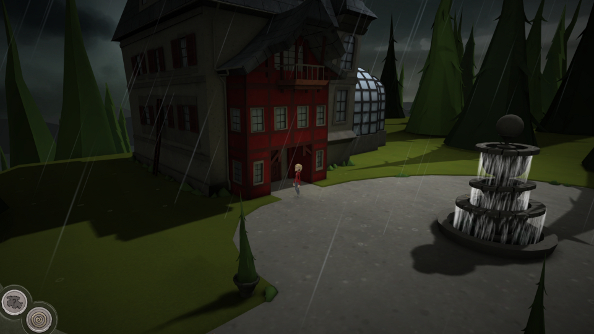 Ana Eberling is a 16-year-old student, and she’s Swiss. That she’s Swiss isn’t important, but she likes to bring it up while speaking in her slightly awkward upper class English accent. She’s the daughter of a missing rock star scientist, and she comes from a long line of geniuses, but she’s spent most of her life cooped up in her big house with her paranoid mother.

Obviously she’s destined to go on an adventure.

And she does, but first she has to explore the nooks and crannies of her home, a haunted one, her mother believes, and investigate a strange vial that she was given as a gift. The mundane start, walking around her house, quickly spirals into a story of mad science, dark family secrets and, of course, wonderful, wonderful time travel.

The first act is a strong start, introducing several enticing mysteries and promising more adventures not shackled by linear time. It’s clearly limited by being a port of a mobile game, with a very simple interface and presentation. But adventure games hardly need a complex interface, and the 3D graphics, while appearing dated, are blessed with charm evocative of Tim Burton’s animated outings, with odd angles and proportions and a hint of creepiness pervading everything. 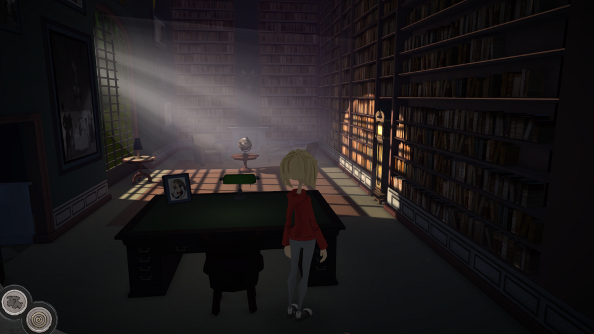 None of the puzzles from the first act are likely to stay in my mind, but they’re a mostly logical bunch and, more importantly, all satisfyingly concluded with another piece of the mystery being unravelled. There’s only one that stands out as poor, when the most logical solution is completely ignored in favour of a needlessly elaborate, utterly convoluted one.

In case a puzzle does prove too challenging — they’re all pretty simple, but sometimes they have less than obvious prerequisites — there’s a hint system that lists most of the steps that need to be taken.

Sometimes the hint system spells things out, other times it’s unhelpfully vague, and it doesn’t acknowledge what puzzles have already been solved. Each list of hints is tied to specific rooms, and clicking on it once will just rattle off the first hint in the list. You can click on it again and again until it’s listed all the hints, and then Ana will just say she doesn’t have any more ideas. 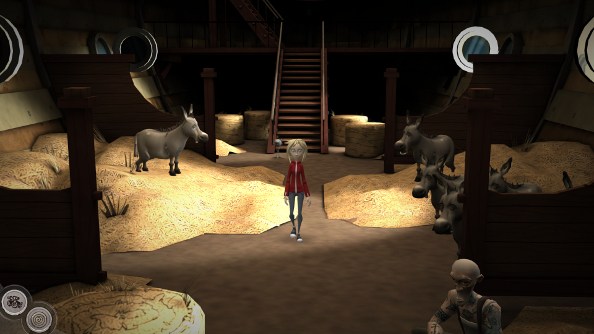 A few niggles here and there, then, but otherwise it’s a confident opening chapter. It’s the last one, and things start to go downhill after Ana makes her first hop in time.

It’s strange how dramatically different the rest of the game feels from the first act. Even the art direction changes, getting progressively uglier and charmless. Not knowing what went on during development, I can only guess that the rest of the game was cobbled together with greater haste, and maybe some things got left by the wayside.

Perils of Man is a game about risk; it’s a theme that weaves its way throughout the game, informing mechanics and inspiring hackneyed monologues. Ana’s time travel adventures see her analysing rooms using a fancy MacGuffin, the Risk Atlas, which highlights dangers. With that knowledge in hand, she has to make changes in the past to avoid catastrophes. 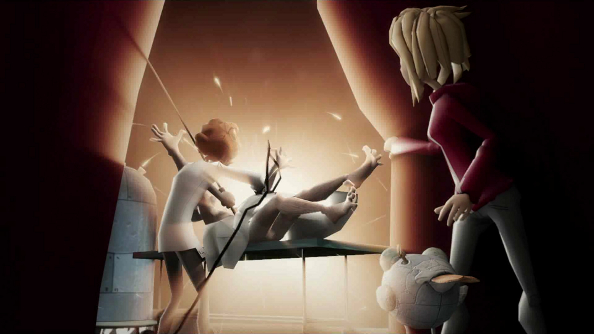 The Risk Atlas changes one’s perspective. It switches the camera to first-person, but also transforms scenes into rooms filled to the brim with potential dangers. It’s a blatant deus ex machina, allowing Ana to immediately see where dangers are. It doesn’t, however, show her how to fix them. It could have been an interesting problem solving tool, but unfortunately it’s required infrequently and not in any interesting ways. It simply makes dangerous things glow red.

It didn’t really dawn on me until I time hopped a second time, but Perils of Man completely ditches its mystery elements right after the first act. Ana starts off solving puzzles and investigating her family’s background, but the moment she starts using the Risk Atlas, she becomes a health and safety inspector. And it’s about as exciting as it sounds. By the third act, she’s ended up in an even more boring job, stuck in a series of fetch quests.

With Ana’s tasks becoming more and more dreary, all that’s really left to enjoy is the story, but that falls apart with the rest of the game. Since Ana becomes a health and safety inspector (that she also travels through time can’t even make that job interesting), she becomes less concerned about the mystery of her family, and more concerned with what are quite boring crises that don’t get concluded in a remotely satisfying way. 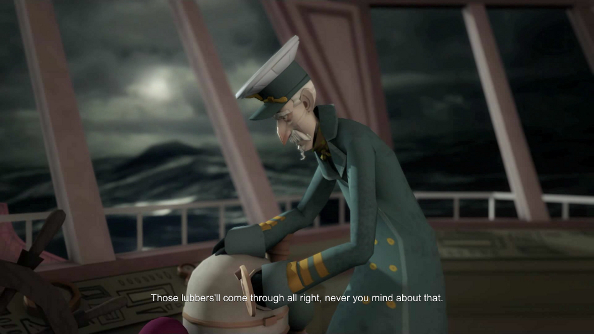 The downward trajectory becomes even steeper as the game nears its climax. The end of the third act wrests control away from the player and makes everything that Ana was doing essentially irrelevant, and it leaves loose threads everywhere, making quite the mess. Then, out of the blue, it’s the closing chapter. Everything is wrapped up in a series of abrupt cutscenes and conversations with dialogue choices presented out of sequence. The reward for persevering is an insultingly trite “And they all lived happily ever after” epilogue and the absence of an answer the mystery that inspired Ana’s adventure.

It’s been a shame to watch all of Perils of Man’s promise go to waste. It got its hooks in me, made me eager to jump down the rabbit hole, but it just led to disappointment.