Konami has launched a free-to-play iteration of Pro Evo, its once-supreme football simulator. Named PES 2019 Lite, it is free to download on Steam now.

The premium (or full fat, whichever) Pro Evo experience is still PES 2019, but its ‘lite’ edition will give you a taste. This includes offline exhibition matches and skill training, alongside the PES League mode, which features 1v1 or co-operative competitions. PES League will also let you qualify for global events by participating in 3v3 co-operative tournaments.

PES 2019 Lite will also include the online myClub mode, which is essentially the Pro Evo version of FIFA’s Ultimate Team and thus, where Konami is probably hoping to make most of its money. Here you’ll buy, trade, and train players from around the world in an attempt to build the best possible team, then send them to compete. MyClub also features a range of retired ‘legends’, such as Maradona and Beckham, with more to be added after launch.

For more details, and lots of impressive in-engine animations, check out the lite edition launch trailer below. 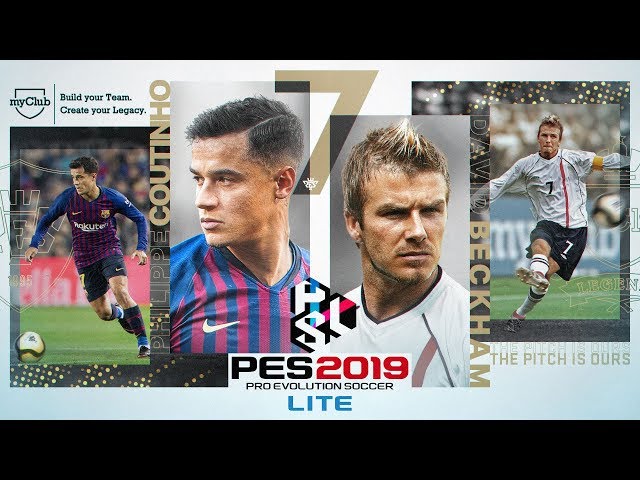 Konami’s press release says PES 2019 Lite is available to download on Steam now, but as of writing we’ve not been able to find it, which is rather awkward. Sorry about that. Hopefully Konami’s press department has just been a bit quick and the game is live by the time you’re reading this.

Update: PES 2019 Lite is now live on Steam here. Early reviews so far are mixed, with 53% of 26 users giving it the thumbs-up. Those who wrote out their thoughts are mainly positive, dismissing the negativity as coming from PES newcomers or FIFA fanboys – upon what basis, we’re not sure.