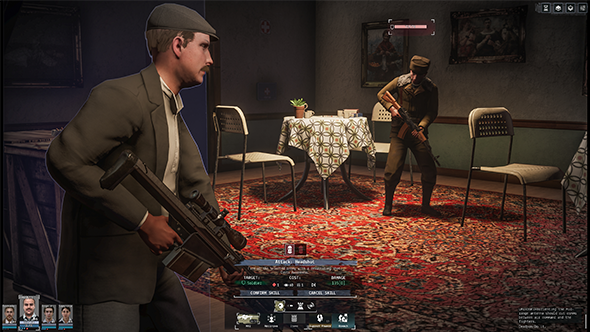 Phantom Doctrine takes the framework of XCOM, with its turn-based tactical combat wrapped in a strategic metagame but applies it to the quiet conflict of spies during the Cold War. Between infiltrating Russian and US military bases, you’ll be brainwashing captured agents, piecing together evidence to unveil secret bases around the world, and rooting out any double agents that have infiltrated your organisation.

For other games coming in 2018, here’s our list of upcoming PC games.

You lead The Cabal, an organisation independent of political affiliation, working to keep the world a (relatively) stable place. As you uncover plots and defuse emerging threats, you’ll learn how they’re all connected to a larger, global conspiracy, one that winds itself around real events – giving everything a whiff of plausibility.

That wasn’t why I came away from my demo convinced Phantom Doctrine is one of the most exciting games of 2018, though. No, it’s because the game is spilling over with new ideas. It’s like the developers went through a library of spy stories, pulling down books and films, and turned as much as they could into playable systems. Tinker, Tailor, Soldier, Spy; The Manchurian Candidate; The Spy Who Came in from the Cold; even the Bourne films, have been plundered for play mechanics.

Agents that can speak the local language on missions will be able to talk to guards, distracting their attention.If an agent is spotted on a mission they will build up heat until their cover is blown and they’re ambushed by enemy agents – the only fix is to forge them a new passport and cover identity. Through missions and interrogations you can collect information that you can try to connect together to uncover secrets – you do this by trying to connect documents together with red string on a corkboard.

That’s just the start of the game’s network of sabotage, stealth, infiltration, and deception. Despite its Cold War setting, then, Phantom Doctrine is a hotbed of new ideas. 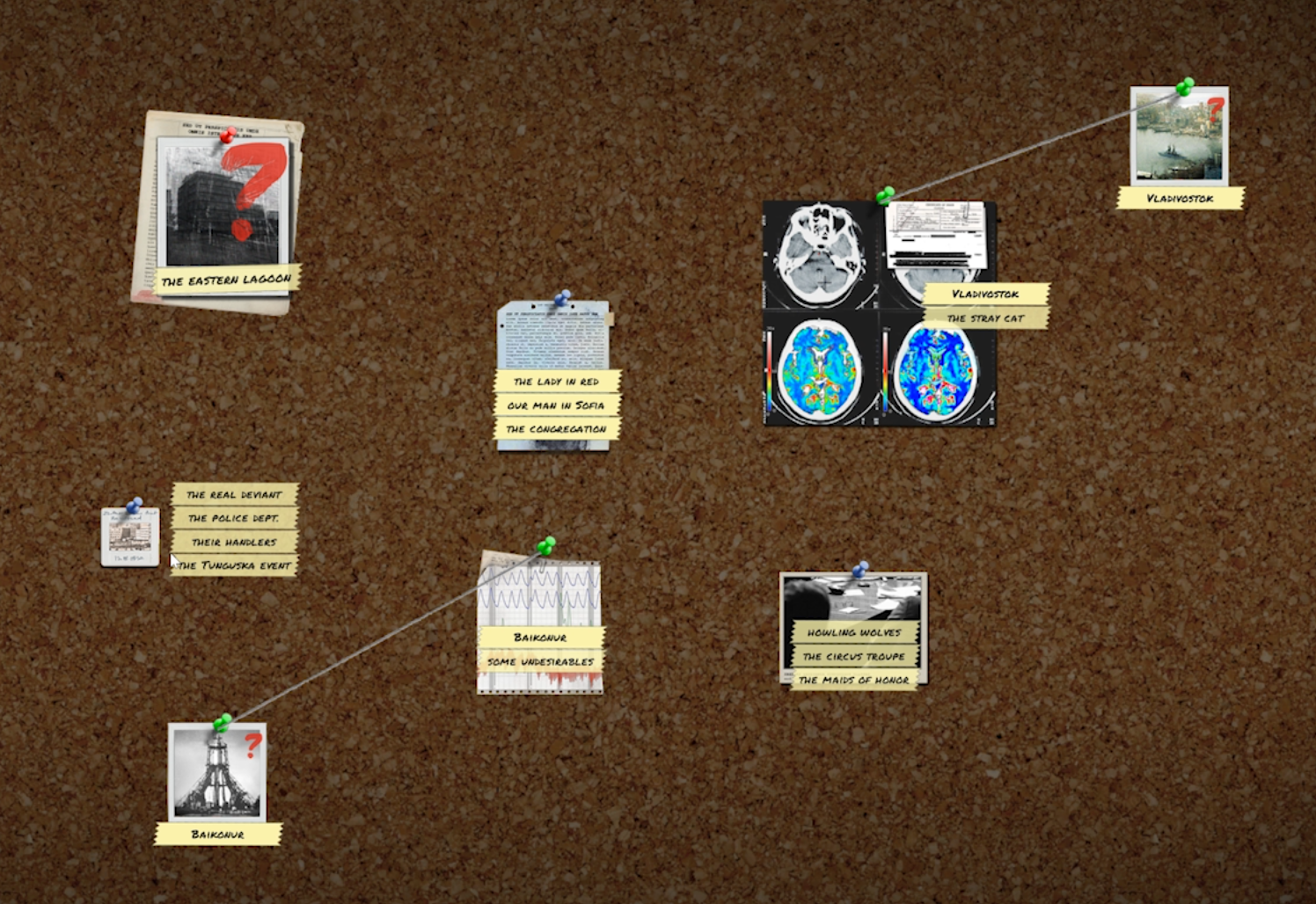 As you progress through Phantom Doctrine’s campaign, uncovering secrets from the enemy, you’ll be able to expand your homebase with new facilities and upgraded machines. So your agents will be able to train in new abilities, giving them access to specialist equipment and weapons. You’ll get access to technology that lets you inject your agents with chemicals of your own design, ones that depending on how you’ve assembled the chemical components, will buff some abilities while having a negative effect on others. In time, too, you’ll learn to do more than just interrogate prisoners but also brainwash them, sending them back to the enemy to destroy their bases or, if you meet them in combat, switch to your side at the utterance of a trigger word.

There are too many activities for your small team of agents to work on them all at once, so you will always be balancing where your team focus their energies. Forget to forge money and you can find your funds running short, leave documents uninvestigated and you’ll fall behind your enemy technologically, and if you focus on home rather than sending agents to respond to flagged activities on the world map then you might miss the opportunity to disrupt an enemy cell as they are setting up and, instead, now have to send a full assault team to destroy it. 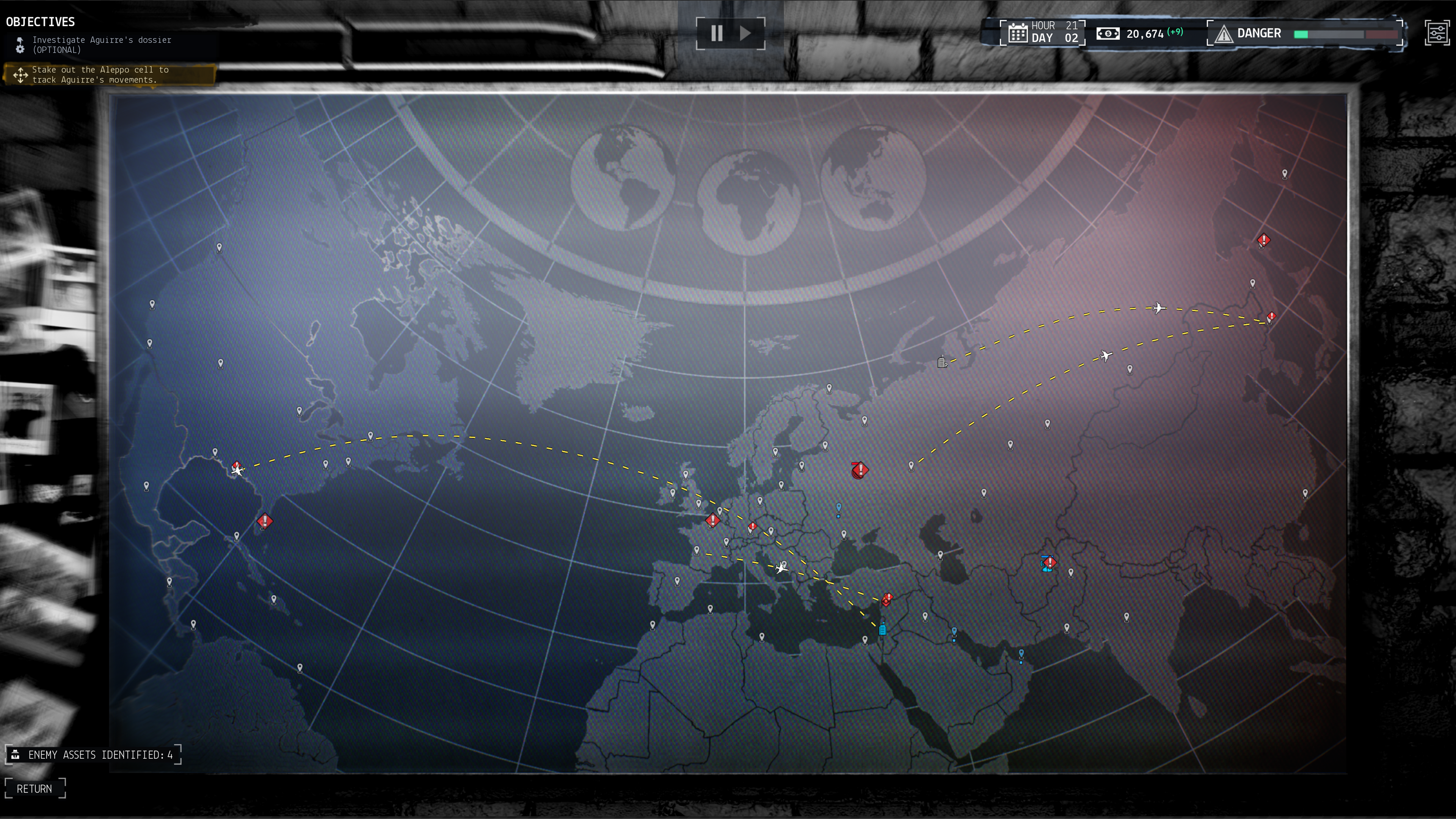 It can all seem a little overwhelming and disjointed when described, but I’ve seen how all these separate systems can tie together, creating stories. Picture, for example, that you’re informed on the world map that a new enemy cell is forming in Leningrad and you must send out an agent to stop it before it becomes active. You’ve only one agent who speaks Russian so you send him. However, the heat on their cover identity means that enroute to the mission they’re ambushed by enemy agents. You settle in for a tough fight before realising that one of the agents coming to kill you is someone you captured and interrogated hours before, installing a trigger word in their psyche before releasing them back into the world. You wait till your agent is surrounded before activating your mole and turning them on their friends. You nearly escape but the fight is too much and your agent is captured and your mole killed. You chalk up the loss and carry on but a few in-game months later your agent is discovered, he claims to have escaped the enemy but can you really trust him? 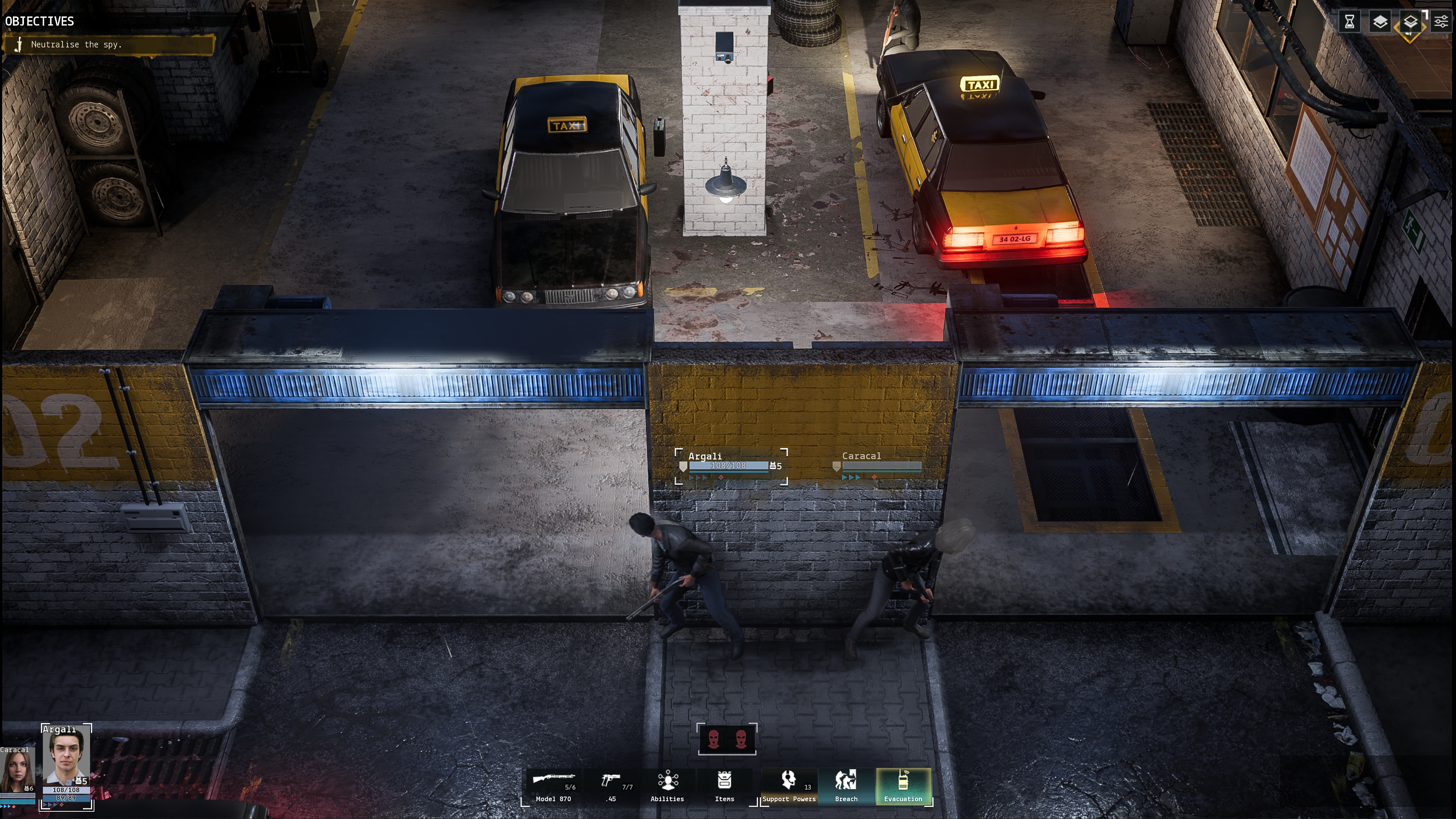 It’s easy to forget that underneath that umbrella of interlocking systems is a turn-based tactical game where you control your agents in infiltration missions. As with everything in Phantom Doctrine, there are a tonne of choices how you go about this. You select your agents and their equipment, yes, but you can also select support agents who you can place on a side of the map with a powerful weapon, like a sniper rifle or a grenade launcher, to cover your agents on the ground. If you have the time and resources you can scout out the mission area ahead of time, removing the fog of war, making it easier to plan your mission.

When the mission begins you’ll be in reconnaissance mode and this will stay active until any of your team are spotted doing something they shouldn’t. This is where an agent with a command of the local language can be a great help, they can walk up to guards, distracting them in conversation while other agents sneak past them. Whole missions can be completed without leaving this mode, but it’s more likely at some point you will have to go loud and start shooting the place up – at which point, any agents you’ve set up in support positions can help keep your team covered.

A constant risk is that one of the civilians on the map or people who look like low-grade soldiers could actually be an enemy agent in disguise. If they spot one of your agents they won’t be fooled and will immediately raise the alarm, and, more than that, they’re able to bring more powerful weapons and abilities to bear in combat. 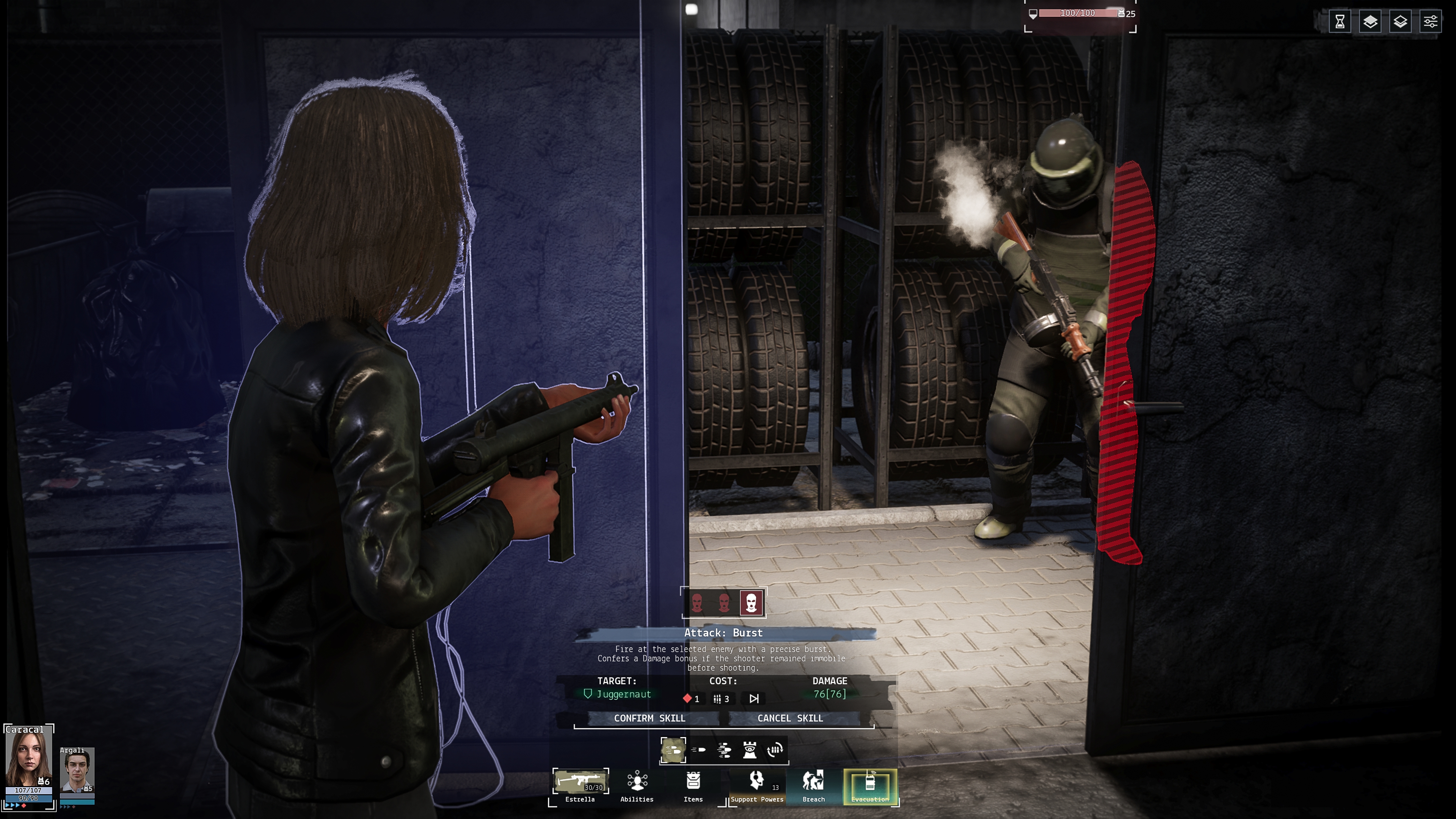 In a similar way to Invisible, Inc, missions in Phantom Doctrine only become more dangerous the longer you’re playing. After going loud, enemy troops become more aware of their danger, which makes them more difficult to hit. On top of that, reinforcements will start arriving on the map, either in the form of truckloads of soldiers or heavily-armed helicopters looking to cut down anyone left out of cover.

Complicating matters, escape isn’t as simple as just walking out of the level, either. You have to call in an extraction, which is not immediate. So you’ll have to pick a spot on the map that looks like it will be safe in three turns time and try to get your whole team there in time for the helicopter’s arrival. 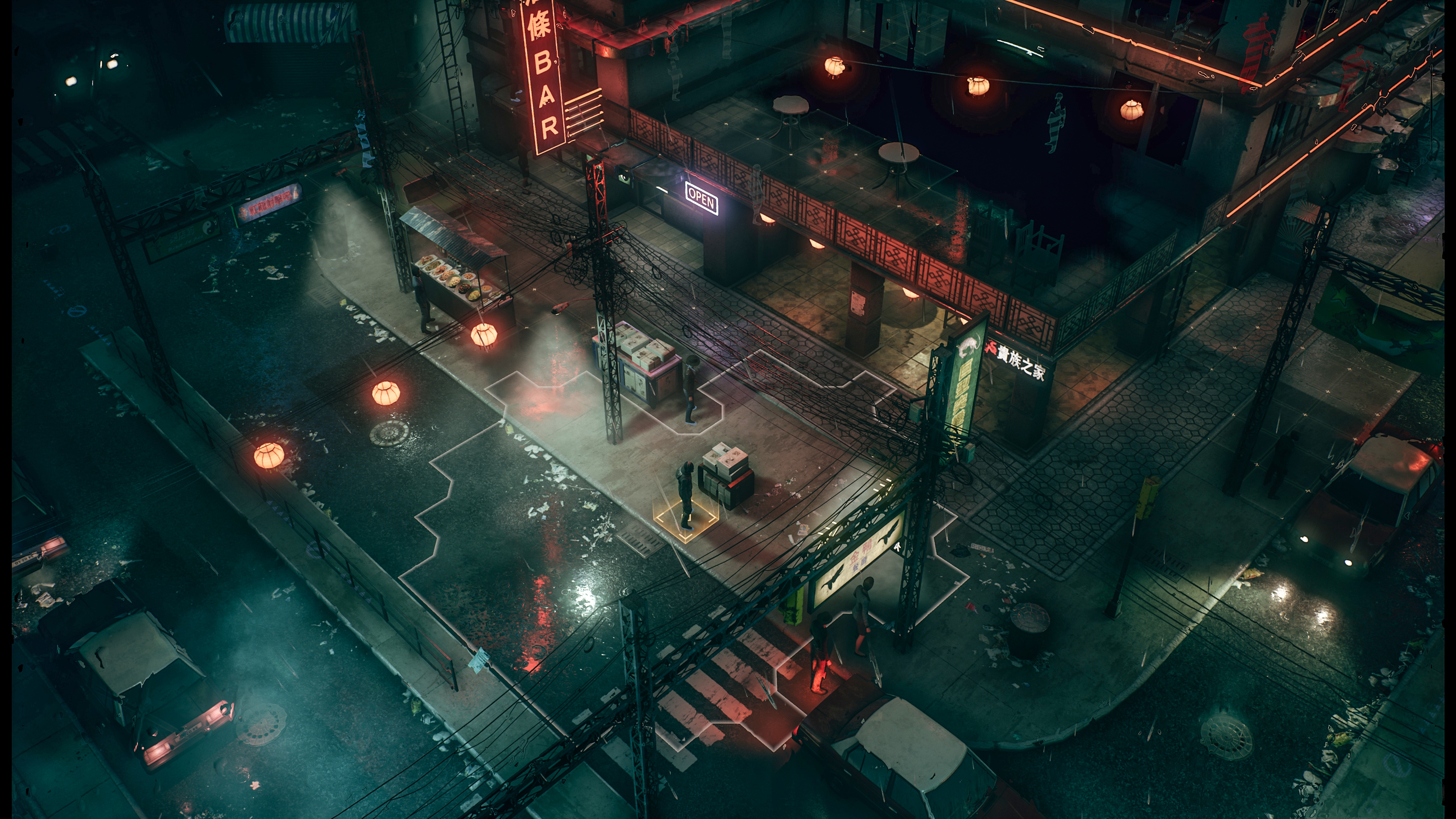 This was the first time I’d seen anything of Phantom Doctrine and it was an impressive slice of game. It’s fascinating seeing the XCOM formula applied to something closer to home than alien invasions, and to see so many tropes of spy thrillers adapted and recreated for a game. How well all its systems work together, however, will only become clear when we can get our hands on the game for ourselves.