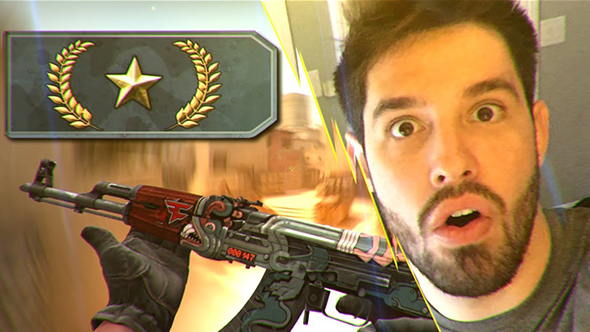 In 2016, a number of streamers and online video personalities were implicated for promoting CS:GO skin betting sites that they were also owners of. James “PhantomL0rd” Varga was among the names names mentioned in those reports, as he allegedly had a vested interest in CSGOShuffle, a site which he was promoting. After being banned from Twitch, Varga has now filed suit against the streaming site for damages.

Check out the latest CS:GO updates.

Varga was banned from Twitch in July 2016 following a report from Richard Lewis, who cited Skype logs provided by a third-party hacker in suggesting Varga held an extra interest in promoting CSGOShuffle. At the time of his ban, Varga had over 1.3 million followers, making him the seventh largest streamer on Twitch.

The suit against Twitch was filed in California on February 14, and the full text of the document has been made available by RisenLazarus on Twitter. The complaint says that Twitch’s ban has caused “significant monetary damages” against Varga by denying “his right to revenue generated from subscribers, advertisers, and viewers,” in addition to “reputational harm.”

On July 13, 2016, Twitch clarified their terms of service to say that activities which violated other companies’ terms of services – like CS:GO skin betting – are prohibited from broadcast, and Varga was banned a few days later.

Varga’s complaint alleges that his contract with Twitch required 30 days notice before termination in order to “cure any alleged breach,” and that Twitch did not provide such notice. Instead, the complaint says Twitch did not clarify the nature of the suspension until five months later, and then they said it was because of fraudulent subscribers to Varga’s account. Some time thereafter, Twitch changed their explanation to say it was a violation of content guidelines, later referencing the report made by Lewis.

The complaint says those original allegations are “untrue and based on unchecked speculation arising from illegally obtained electronic records.” Since his Twitch ban, Varga has continued to stream CS:GO and skin betting on YouTube and his personal site.