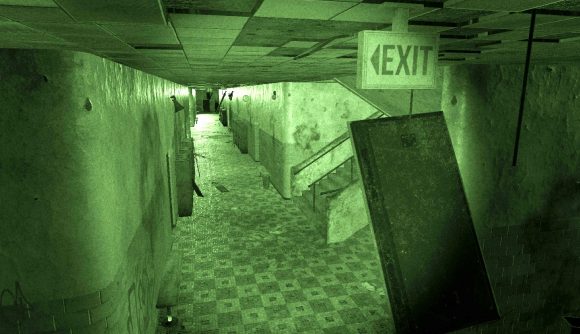 Kinetic Games has released another update for Phasmophobia over on Steam. There are many nifty bug fixes and quality of life changes, but the more stand out changes come to the ghost. Oh, dear.

If you manage to give the spectre the slip, the ghost will now stick closer to your last known location, rather than wandering off and searching further away. So you may not get as much time to collect yourself if you manage to get away from it. There are other smaller changes, too, such as how the ghost interacts with doors. Now the spirit will open them further, which I imagine gives it more to peer in at.

The candlelight range has also been increased, which is intended to fix issues “where holding a candle would drop your sanity in some locations”. You’ll also find that the dirty water objective has been removed, though it remains as photo evidence. Kinetic Games has also added a new button to add the max amount of each item “so you don’t have to spam click each item”. Excellent news.

The update also has heaps of fixes for the horror game. For example, the patch should fix the School and Prison levels’ lightning and performance issues from the last update. If you’d like to see the changes in full, you can catch them below:

Another update for the beta build. #Phasmophobia pic.twitter.com/ZHLMng6gOe

If you want more details on the different Phasmophobia ghost types you can stumble across, you know where to click.