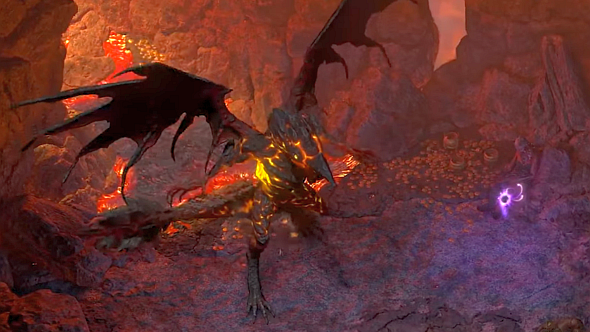 Pillars of Eternity II: Deadfire is due on May 8, which, as everyone acknowledges, is still too far away. Fortunately, developers Obsidian have put out a new trailer, giving us all a closer look at the game’s environments and features.

Further whet your appetite by reading about Pillars of Eternity’s lore, and why it makes its world so appealing.

You can check out the trailer above, and through it, admire the world and city maps, several booby trapped dungeons, and such features as the character creator. There’s a nod to the game’s premise of hunting down a god to reclaim your soul right at the end, just after a shot of a weirdly avian dragon with fire in its veins.

Pillars 2 is on Steam here.