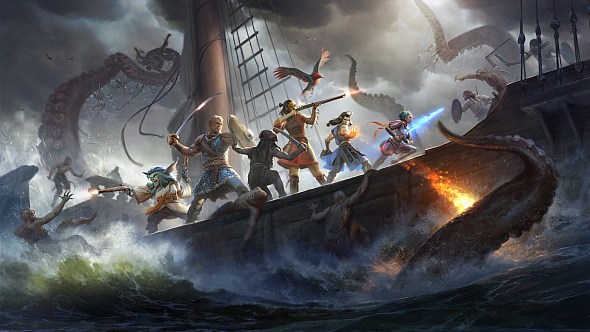 Versus Evil are the US-based independent publishers who brought you The Banner Saga and Antihero, and they’ve announced today a big prize for their 2018 slate in Pillars of Eternity II: Deadfire.

It’s a good time to be an RPG fan. Browse the best of the rest with our list of the best RPGs on PC.

After a successful Kickstarter campaign, the original Pillars of Eternity was published by Paradox Interactive – known chiefly for quality strategy games and management sims, such as Crusader Kings, Stellaris, and Cities: Skylines.

It’s notable that Obsidian have gone with a different partner for Pillars II. Given the success of the original, we’d be surprised if it was Paradox’s decision. Obsidian’s most recent release was last year’s Tyranny, which Paradox also published, andwhich sold below their expectations, to judge from what they’ve said about it.

However, anything else we might say on the decision to change publishers would be mere speculation, as – understandably – neither Obsidian nor Versus Evil mention it in their upbeat press release statements.

“We are thrilled to be working with the team at Versus Evil on Pillars of Eternity II: Deadfire, the first sequel we’ve ever made into one of our own IPs,” says Obsidian CEO Feargus Urquhart. “Partnering with a team that is as passionate as we are about making Pillars of Eternity outstanding has already been such a gratifying and exciting experience.” Versus Evil’s general manager, Steve Escalante, is equally excited about the partnership.

Or, to put it another way:

Pillars of Eternity II: Deadifre is due for release early next year, and we’re really quite excited. You can grab the original on Steam here.