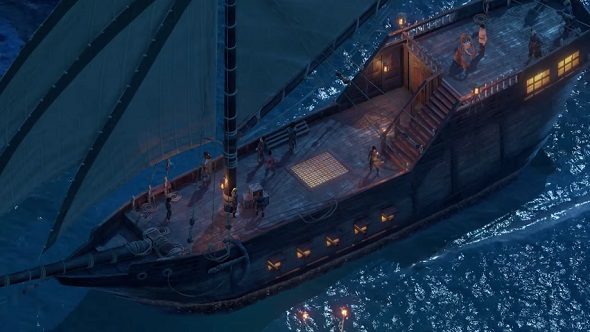 With its campaign concluding in the early hours of this morning, the final fundraising count for Pillars of Eternity 2: Deadfire is $4,407,598. This not only makes this sequel the most backed project on the crowdfunding site fig, but it edges out the original Pillars of Eternity, which raised $3,986,929 on Kickstarter back in October 2012.

Learn about some of the companions that will be joining you in Pillars of Eternity 2.

To thank all the backers for helping Pillars of Eternity 2 reach its goal, executive producer Adam Brennecke released a special video to celebrate the milestone and tease fans about some fun elements that are coming together in the pre-alpha version of Deadfire. This includes some animation tests, a brief look at an early dungeon and a glimpse of some of the screen filling spells players will be casting in the full game.

While the fig campaign is over, you can still help back the game by donating to Obsidian through PayPal. As donations will still be rolling in, Obsidian have also announced yet another sea-based stretch goal, with sea monsters and fishing. This $4.75 million stretch goal will allow players to fish off the side of their boat, catching different creatures to cook or even sell at port. Different parts of the ocean will contain different species of fish and you can even hook rare pieces of gear during your fishing trips.

However, the ocean is not a peaceful place, as this goal will add deadly sea monsters which may attack your vessel while sailing or fishing. This includes the monstrous Kraken, the beguiling Maiden of the Depths and the squid-like polpovir. You’ll probably need to deck out your ship with some decent cannons to fight off these terrors from the deep.

Now that the main fundraising is done, Obsidian can start the process of putting in lots of work to develop Pillars of Eternity 2. Expect a steady trickle of information about the game via its fig page, with it scheduled for a release in early 2018.