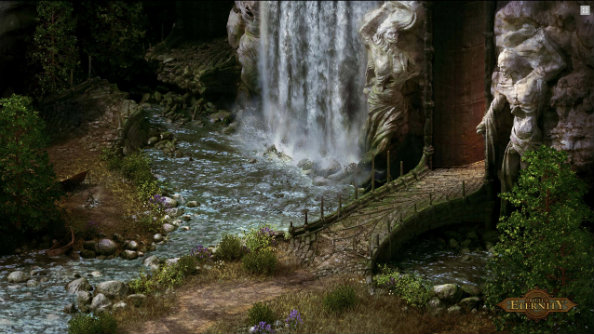 Pillars of Eternity’s game director says that the decision to set the game within a very normal, or even boring, RPG setting was intentional. In an interview with Josh Sawyer, he told us that the standard setting was “intentional.”

Pillars of Eternity 2’s ship combat is an excellent game within a game.

Sawyer says “I made no secret about the fact that the first place you go to in Pillars of Eternity is very standard fantasy. It’s western European, there’s forests, there’s meadows, there’s people that seem vaguely English.” That setting, despite some criticisms “was very intentional.” Sawyer says “a lot of the appeal of Pillars was built on nostalgia, and The Forgotten Realms [the world of Baldur’s Gate] was a very standard fantasy setting. We wanted people to feel at home when they came to it.”

Sawyer says that Obsidian continued to follow the example set by Baldur’s Gate with Pillars of Eternity 2: Deadfire; “just like BioWare did with Baldur’s Gate 2, they shifted the focus a little bit, they went with something that was a little less standard. It was always our plan that if Pillars did well, let’s take it some place that’s a little more interesting, that isn’t done so much in fantasy. So doing something that feels more like Pacific Islands with an emphasis on sea exploration was really what people where the most excited about.”