Pillars of Eternity II: Deadfire players are no strangers to choice. But when you boot up the game from January 24 onwards, your first decision will come even before character creation – real-time or turn-based?

Since the inception of the series, Pillars has been firmly rooted in the wonderfully messy but deeply tactical real-time and pause paradigm of the Infinity Engine games. That wasn’t a decision the dev team made, so much as a duty they fulfilled to nostalgia-driven Kickstarter backers. Now, though, Deadfire is fully playable in a new turn-based mode. It’s the most fundamental and far-reaching change Obsidian has made to any of its games after release.

“Even the work I did on the mod for Fallout: New Vegas after it came out, those were tweaks,” director Josh Sawyer tells me. “Teeny things here and there. This really does change how the game is played tremendously.”

It has involved an extraordinary amount of work, rebuilding the UI, finding a neat way to display turn order, rebalancing encounters throughout the game – all for a free update. It’s a wonderful gift for fans, but what could possibly be the financial argument for making it? 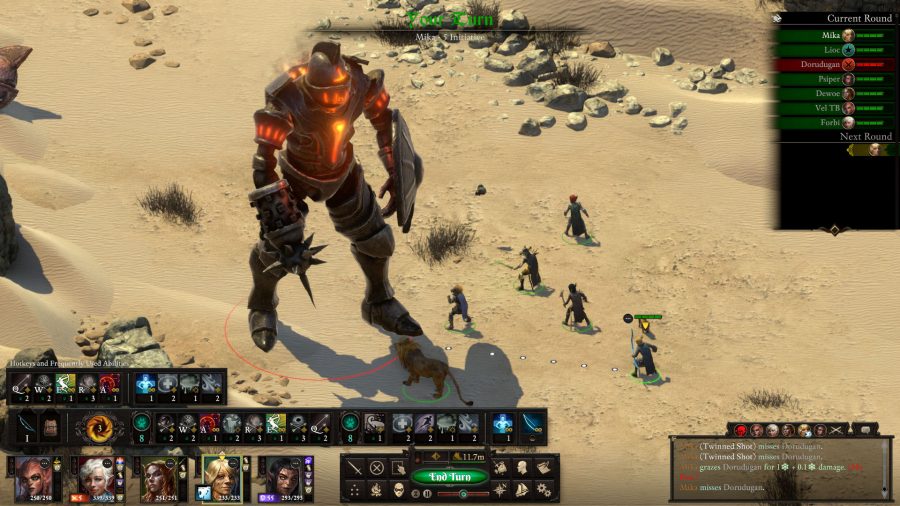 First of all, it’s worth noting that Deadfire’s turn-based mode is partly inspired by – and greatly resembles – the combat in Divinity: Original Sin 2. Larian’s game became a fixture of Steam’s top sellers list upon its launch in September 2017, and had sold a million copies by the end of that year. It’s the kind of mainstream success Obsidian probably wouldn’t mind partaking in with Pillars.

This really does change the game tremendously

Secondly, the mode tackles an issue Sawyer has noticed in his long career of working on RPGs. “As time goes on, no matter how good the DLC or expansions are, the attachment rate goes down pretty sharply,” he says. “If you release content a year after the game comes out, it usually doesn’t matter how good it is.”

You might be familiar with this kind of mechanic fatigue yourself – when new challenges and stories aren’t enough to offset the lack of anything new to grapple with in combat or character development.

Forest for the logs

Even with its combat log, events in real-time Pillars battles could get away from you. “We had this big focus on clarity, but even so, people would still get overwhelmed and lose track of who’s doing what," Sawyer says. "Turn-based mode makes it very obvious.”

“It’s a big game, so if you’ve played it for 40 or 80 hours it can be hard to jump back in, even if you have a really cool new character concept you want to try out,” Sawyer says. “Hitman has its special modes that add new challenges, like Escalations – it’s playing through the same mechanics but there are new constraints on you. Stuff like that rewards the people who have already established system mastery. It’s not like they have to throttle the knowledge they have, but it shapes their mind a little bit so they have to engage with it in a new way.”

Once you’re fighting that opening boat battle in Deadfire, given time to stare around at your pirate opponents and the pistols they’re brandishing, it’s true that you see the game in a new way. In testing, Obsidian has noticed that turn-based players tend to lean into micromanagement, embracing flanking and positioning.

You might suddenly realise that knockback abilities are perfect for pushing enemies into the range of AOE fireballs, for instance, or that the rogue’s ability to switch places with another character can change the course of a fight. You might even – whisper it – find yourself caring about armour ratings for the first time in your life.

Related: Roll the dice with the best RPGs on PC

“Not a lot of players slow down and look at all the armour ratings on enemies in real-time,” Sawyer says. “But in turn-based, if you’re a ninth-level wizard and have every element to cast from and the time to look around the battlefield, there’s a lot more deliberation.” 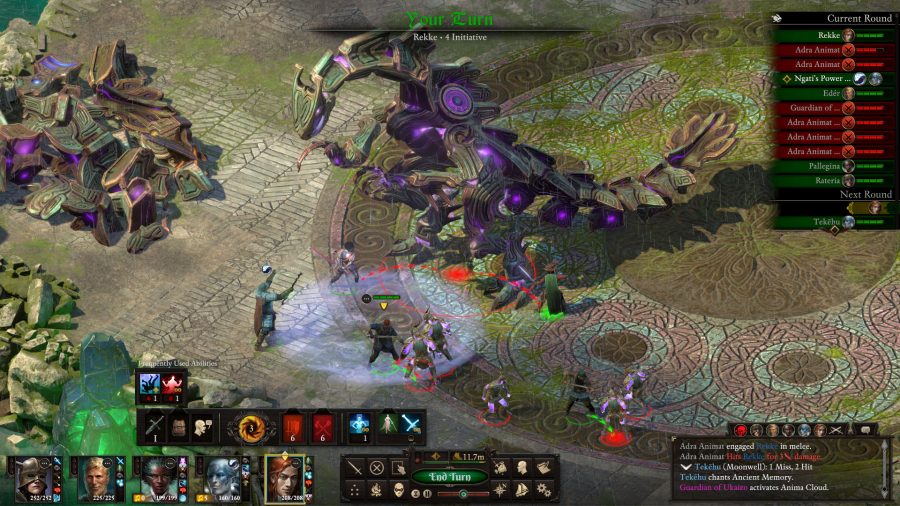 Turn-based combat, then, is an opportunity to see Pillars through new eyes, and perhaps unlock some of its less penetrable systems. But most pertinently, it utterly alters the rhythm of Deadfire. In a game intended to stay in your life for weeks or months, that’s no less significant than a tempo change in a favourite album.

If you release DLC a year after the game comes out, it usually doesn’t matter how good it is

“One thing that RPG designers can get caught up in is the idea of a design on paper, but what really matters at the end is how it changes the feel of the game,” Sawyer says. “There are certain battles in Deadfire that were intentionally fatigue wave fights, and in turn-based mode you just see a long queue of skeletons, so that’s a slight negative. For us it’s about finding a pace that we know the players who enjoy the slower-paced combat are going to appreciate.”

It’s important to note that Obsidian has retained the ‘fast mode’ incorporated into real-time Pillars, a sanity-saving measure for those longer fights. Turn-based combat might not suit every single one of the game’s battles, but it will delight those RPG fans who will be turn-based ‘til they die. A faction which includes, surprisingly enough, longtime real-time designer Josh Sawyer.

“I’ve always preferred turn-based,” he says. “Because of my tabletop background, and because I prefer closer examination. When I play real-time with pause, I micromanage so much that it might as well be turn-based.”