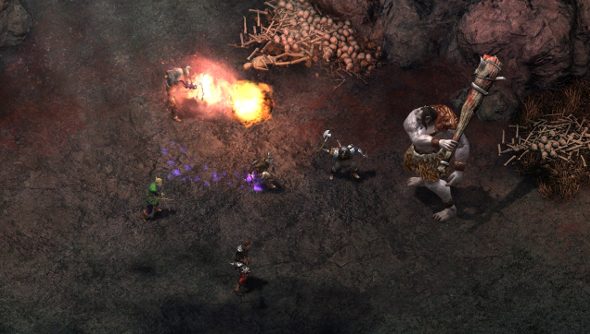 If you were a bit late to the Kickstarter party and never got a chance to back Obsidian’s Pillars of Eternity campaign, you’ve got a second chance to get some of those backer rewards. The game is now available for pre-order, with two editions, one of which comes with a bunch of “premium bonuses”. The regular edition will also contain some mystery items.

This special edition, the Champion Edition, is the version that backers who pledged for a copy of the game will get, at no extra cost.

Obsidian will be putting on a live stream on Thursday, 1pm PST, with Josh Sawyer showing off a bunch of new stuff.

Jeremy and I took the backers beta for a spin a few months ago, and if you want to know what we thought of our wee rural adventure, take a gander at our Pillars of Eternity beta impressions.

Pillars of Eternity is due out next year.