VR is dead, long live VR! Pimax are pushing the next step in virtual reality tech with their 8K headset. They are promising a far more immersive experience, and thanks to Kickstarter, they have more than enough financial support.

You’ll need some pretty hefty horsepower for 8K VR. These are the best graphic cards for gaming.

The time is right for virtual reality, this is the future of entertainment… at least, that is what we were told just before VR became a possibility in the household. Since then, VR has been passed off by some as a mere novelty, and even as a dying fad. Even so, most gamers will be familiar with Facebook’s Oculus Rift system, or HTC’s Vive.

Those same gamers, however, are probably not familiar with Chinese company, Pimax. They have been spurring on development into alternative headsets for the last few years, releasing their own 4K VR headset in 2016.

Compatible with both Oculus and Steam VR platforms, Pimax have aimed to keep things open and available with their latest headsets. Even going as far to allow complete open access to their SDK and HDK. That’s what we like to see. 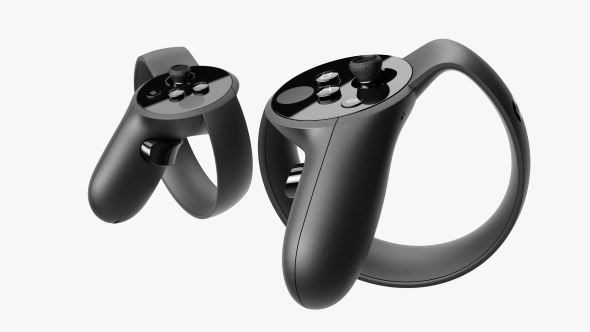 Even though HTC might have a questionable future in VR, and things feel a little slow on the latest developments in the 3D world, Pimax are keeping the dream alive. Their latest headset features two 4K displays, one for each eye. Thanks to the combined 8K display, the Pimax 8K VR headset can offer a 200° field of vision.

Pimax claims the massive FOV allows users to utilise their peripheral vision and remove the ‘binocular’ effect they claim is a symptom of smaller screens used on the Oculus Rift or HTC Vive. These headsets must make do with a 110° field of vision. With a wider field of vision, the immersive effect of VR should be that much greater.

The 8K display allows Pimax to effectively remove most of the ‘screen door effect’, which causes users to see defined lines between pixels, allowing for a less grainy experience – something which bothers me most of all with current VR headsets. I’m constantly finding the need to adjust the headset, in a vain attempt to keep icons and text clear on screen.

The headset utilises a technology called Brainwarp to reduce system hardware strain, similar in use to Oculus’ asynchronous space warp. This allows the Pimax 8K to render a single 4K frame up to 180Hz through each eye in sequence, allowing a larger resolution image with higher frame rates.

Pimax are also offering a 8K X headset, with support for native 8K 90Hz input. They do warn that 8K 90Hz may require not one, but two Nvidia 1080 Ti’s in SLI. They also warn that it’s possible, ever-so-slightly possible, that two 1080 Ti’s won’t be enough. In that case, you’ll have to hope that Nvidia’s Volta will be enough to drive 8K VR. Luckily, the 8K X headset won’t arrive until May 2018, hopefully around the same time Volta graces us with its presence.

The Kickstarter pledge packages for the 8K headset start at $499, with the full kit, including base stations and controllers, coming in at $799.

Pimax have also thought of the people who cannot afford to dual wield 1080 Ti’s, the gaming 99%, and created the Pimax 5K. A stepped down version that’s a little less demanding than the VRAM-vampire 8K headset.

For the record, Pimax have delivered a 4K VR headset previously, and they are hoping for the new 8K to be starting shipments to customers in December of this year. It’s a very quick time window from the end of the Kickstarter in November to shipping by the end of the year… It seems Pimax are yet another company who are using Kickstarter as a retail platform, rather than a funding platform, but that’s nothing new.

Pimax’s Kickstarter campaign is still ongoing, although they are far beyond their target of $200,000. Their success should just go to show that people still really care about VR, and plenty of gamers are ready for the next-generation of virtual tech.