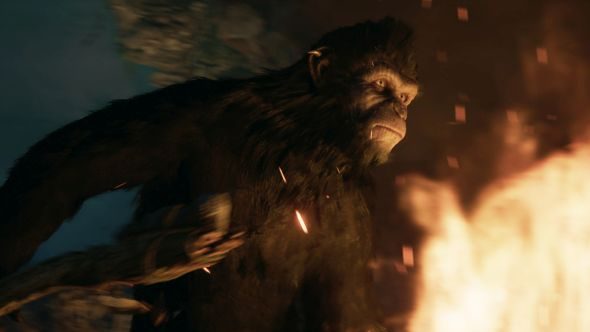 Planet of the Apes: Last Frontier has just been officially announced, eschewing the movie tie-in standard by being a narrative game rather than one packed with more explosions than a particularly bad Nicholas Cage movie. It’s set between the second and third movies in the surprisingly-good trilogy of monkey-marauding, and uses some intense CGI to make something a little closer to interactive movie than game.

Here’s all the other upcoming PC games you should be keeping an eye on.

That’s the first official trailer sitting above, making it look a bit like The Walking Dead if you got to actually play as the zombies for a bit. And the zombies were monkeys.

As you might have guessed, you’re playing as both factions while they try to find food and not horribly die in the weird, virus-infected wasteland the world has become. The decisions aren’t just for show with multiple endings promised depending on just how much “conquest, betrayal and survival” you manage to eek out.

IGN got their hands on some gameplay footage, which you can see below.

Ultimately the ending will feature either a “tense, fragile peace” or, more likely, “a final bloody battle.” It’s due in the Autumn, though no exact date has yet been announced.