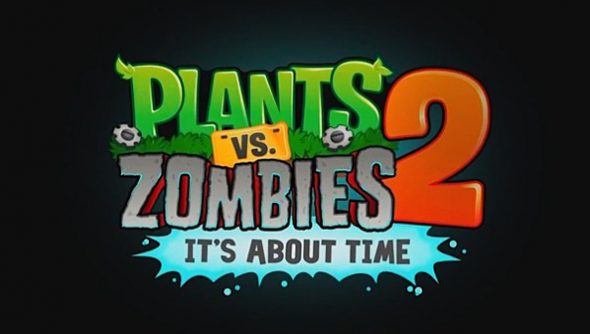 They say an Englishman’s home is his castle. It’s not. We have castles for that. Nevertheless, PopCap made the back garden the only tower worth defending on PC, and so after four years of portsto tamagotchis and toasters we’re delighted to see them very nearly ready to unveil their second pop at the genre.

That really is its subtitle, as evidenced by a video in which actors portray angry internet men and women. Though apparently the first fella is named Francis and is real…?

Plants vs Zombies 2 was originally scheduled for release in the first half of this year, but has since been pipped to the post by its own spinoff, Plants vs Zombies Adventures, now in beta on Facebook.

Sadly, original Plants vs Zombies creator George Fan was among 50 PopCappers laid off in 2012.

No platforms have been named as yet, but PopCap’s relationship with the PC has long been established. It’s the symbiotic relationship of a suburban sunflower and her protective, neighbourly wall-nut.

So, July. In the meantime: what’s your favourite plant description in PvZ? I’m a fan of Garlic’s.