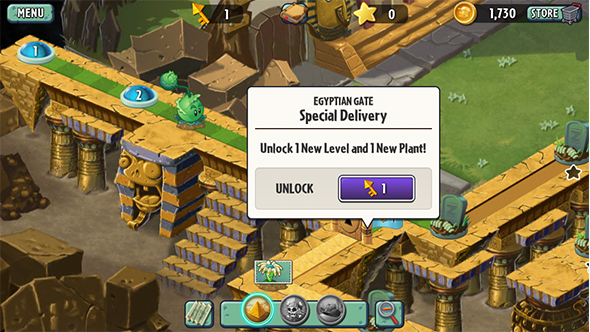 Update November 22, 2017: according to his former colleagues, EA’s sacking of George Fan and his opposition to pay-to-win mechanics were not directly linked.

Fan, the creator of Plants vs Zombies, was let go as part of a general round of layoffs from PvZ developers Popcap in August 2012, which also left 50 others out of work. The decision was made by Popcap’s management after months of deliberation, which contradicts the narrative that Fan was specifically and reactively fired by EA’s greedy goblins for resisting pay-to-win mechanics in Plants vs Zombies 2. Indeed, Fan wasn’t even working on that title when he was let go.

These are the best free games on PC.

Wow. Hey @edmundmcmillen, I was the producer of PvZ2 and that story was not even close to the truth. It's a bummer that something false like this came out second hand. I'm happy to chat offline.

Kotaku’s sources say that Fan, a long-time indie developer, didn’t fit in at one of the biggest games publishers on the planet. His general opposition to freemium mechanics may have been a part of this, but no-one really knows – Fan’s friend Edmund McMillen, who started these rumours, admits he’s “fuzzy on the details,” as does Murray.

Fan’s only comment on the matter has been a brief statement on Twitter, which clearly takes carenotto conflate his sacking with his opposition to making PvZ2 a freemium game (see original story, below).

Original story November 21, 2017:A few days ago, Super Meat Boy and The Binding of Isaac designer Edmund McMillen made waves with a podcast appearance where he made some pretty stunning allegations about the development of Plants vs Zombies 2. Essentially, McMillen says that series creator George Fan was fired from EA after he objected to the publisher’s insistence on “pay-to-win” mechanics in the game.

McMillen says he’s “fuzzy on the details,” but his remarks were more than enough to get the internet’s attention. That would be a big allegation on any occasion, but given the controversy over EA’s monetization of Star Wars Battlefront II – and, to a lesser extent, Need for Speed Payback – the story blew up on social media.

When we reached out to Fan he said he would soon put out a statement, which amounted to a single, inconclusive Tweet.

Regarding recent rumors, it is true I was laid off by EA/PopCap, and also true that I was against making PvZ2 a freemium game. That's all I'll say on the matter for now

Fan states only that the two events occurred, and stops short of connecting them. Frankly, it’s not very helpful as a clarification. McMillen’s initial story suggests that Fan would have been at liberty to openly discuss what had happened, but it seems the PvZ developer has elected not to do so.

We reached out to EA for comment on this, and will update this story if and when we hear back.