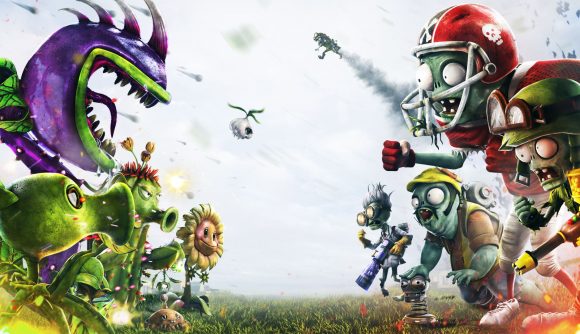 August 13, 2019 A work-in-progress version of the Plants vs Zombies: Battle for Neighborville trailer has leaked, as well as a look at the in-game map.

We’ve known for a long time – nearly two years in fact – that a third game in in the Plants vs Zombies: Garden Warfare online shooter spin-off series is in development, thanks to casual mention in a comic book’s Amazon listing. It was named in the listing specifically as ‘Garden Warfare 3’ – or at least, ‘GW3’ – and it always seemed like that would be the most likely title for the game, given that it’s basically its own franchise now.

However, it’s looking likely that EA has other plans – and the game previously known as Garden Warfare 3 is instead going to be called Plants vs Zombies: Battle for Neighborville. This seems pretty certain, thanks to a number of leaks from within EA itself.

The most recent leak is the biggest yet – the game’s announcement trailer. While we’ve seen trailer leaks before, this one is especially interesting because it’s clearly a work-in-progress. There are counters, file names, and even temporary storyboards and animation in there.

You can check out the slightly rough trailer below, which leaked on ResetEra. It doesn’t show too much, as even the correctly animated bits aren’t in-game – but it does show off a few of the new unit types, such as a ninja mushroom.

Additionally, the in-game map also leaked (via Pushsquare) – which not only looks more than a little Fortnite-like, it also seems to be suggesting some non-multiplayer components. 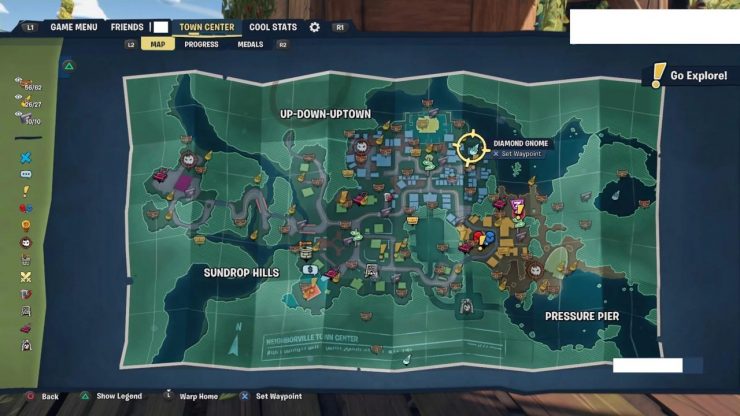 EA filed for a trademark for the title in Europe, suggesting that it may be gearing up for a reveal at Gamescom next week. Furthermore, a temporary website for Plants vs Zombies: Battle for Neighborville actually appeared a couple of weeks ago. The page is still up now as a placeholder, and Reddit managed to capture the description posted there.

It specifically referred to the game as a shooter – so it’s not Plants vs Zombies 3 – and boasts “20 fully customizable character classes, one social region, three free-roam regions, nine PvP modes including 4v4 Battle Arena and more!”

Garden Warfare 2 only had 14 character classes over the two factions – plants and zombies, duh – so it’ll be interesting to see what the new classes are. The promise of “free-roam” regions is also interesting, too, and lines up with the leaked map. The game recently begun alpha playtesting under the codename ‘Picnic’, so with these further details it’s presumably not too long from being properly revealed.

We can only speculate on why Plants vs Zombies: Garden Warfare 3 would become the less pun-tastic Battle for Neighborville. It’s possible the game  changed enough to warrant a new name, or Garden Warfare 2 didn’t do well enough to justify a direct sequel. Then again, maybe EA didn’t want a game referencing Modern Warfare in a year where Call of Duty is actually releasing another game in that series.