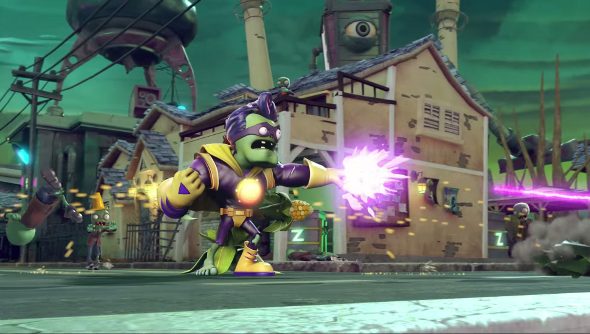 PopCap’s unruly, zombie-infested garden is spawning a sequel to Plants vs Zombies: Garden Warfare. The second installment in the third-person shooter MOBAlike was announced earlier at Microsoft’s E3 conference, but we got to take a closer look at it when EA took over.

And here’s the gameplay reveal, where four players take on the messy zombie hordes.

This time, instead of defending the world from the zombies, the assorted flora are on the attack, taking the fight to Doctor Zomboss with six new classes “from the past, present and the future,” and, of course, a bunch of new abilities.