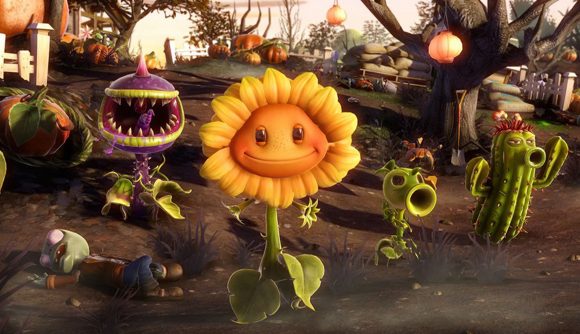 It’s financial report season, which means it’s time to pick apart press releases and earnings numbers in search of juicy videogame news. This time around, it’s EA, and while it’s a bit quiet with the publisher today, we do have (re)confirmation that we can expect to see new entries in the Plants vs Zombies and Need for Speed series later this year.

Those games were previously announced, but despite the fact that we’re over halfway through the year – and well-past E3 – we still don’t have any real details on them. But both games are still scheduled to launch in EA’s third financial quarter, which runs from October 1 through December 31.

While EA did officially announce Plants vs. Zombies 3 earlier this month, that’s currently set to be a mobile-only title, while the unannounced PvZ title in this report is listed for release on consoles and PC. As Eurogamer reports, fans have been receiving invites for a “new PvZ shooter” alpha that will begin on August 1. That game is codenamed Picnic, and pretty much everyone expects it to basically be Garden Warfare 3.

Need for Speed was also confirmed earlier this year, and it’s been a similarly leaky path for the racing series. Just today, an Austrian retailer apparently leaked an upcoming Need for Speed Heat, though that was apparently cobbled together from speculation and fan mock-ups, and may not actually be the final title.

All we can say for sure is that both games will be out this year on consoles and PC. Presumably we’ll be hearing more about both soon.