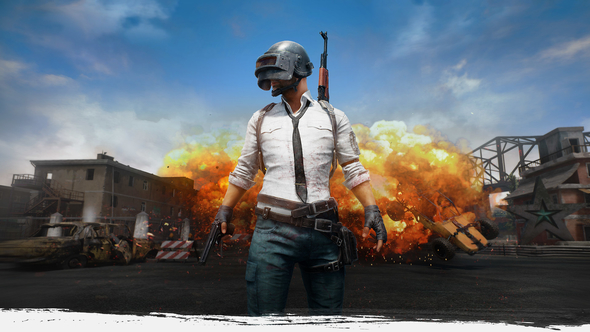 Yesterday, the Game Awards announced their nominees for all of their categories. Somewhat controversially, PlayerUnknown’s Battlegrounds has been nominated for the Game of the Year title, but Brendan Greene says he hopes his game doesn’t win.

The five games nominated for GOTY were PUBG, The Legends of Zelda: Breath of the Wild, Super Mario Odyssey, Persona 5, and Horizon Zero Dawn. The title of ‘Game of the Year’ is intended to “recognise a game that delivers the absolute best experience across all creative and technical fields.” There have been some suggestions that since PUBG is still in Early Access, it shouldn’t be available for the award, but Brendan Greene thinks his game shouldn’t win because it’s not as good as some of the other nominees.

In an interview with IGN, Greene says he doesn’t want to win the award: “While I would love to win it for the team, I think this year there have been far better games,” referring in particular to Horizon Zero Dawn and Breath of the Wild. Greene says the title “would be a nice feather” in PUBG Corp’s cap, but isn’t even convinced his game deserves such an accolade.

C.H. Kim, CEO of developer PUBG Corp. says the team aren’t interested in whether they deserve awards, but remain focused on building the best possible game. He does however believe that a game’s Early Access status shouldn’t disqualify it from awards.

PUBG is also nominated for the titles of Best Ongoing Game, and Best Multiplayer. The 2017 Game Awards include 102 nominees across 29 categories. Winners will be announced on December 7, and votes can be cast at the link above. PUBG’s full release remains scheduled for the end of 2017.