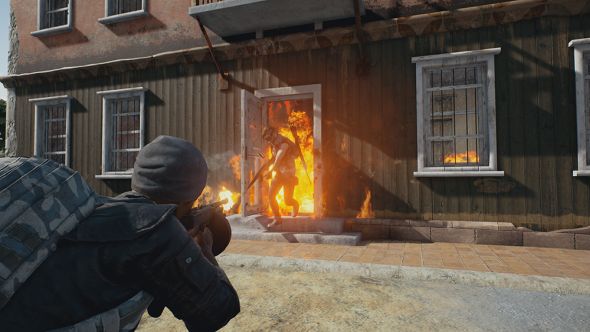 PUBG players have been eagerly awaiting the addition of vaulting to the game, and it was scheduled to be part of new test servers a few weeks ago alongside a ballistics overhaul and other changes, before getting unceremoniously delayed due to stability issues.

It seems the developers still aren’t confident in their test build, but want to give players a chance to check out the new features ahead of the 1.0 release.

“Please note that you may experience client crashes on the test servers,” warns the official announcement. “This is normal as the build we are using for this test is not completely stable. This may not be the best condition to test all the features. At this time we ask for your understanding as we continue to fix the issue.”

Update, November 2:The PlayerUnknown’s Battlegrounds developers have confirmed the test servers for 1.0 will be delayed.

If you’re eager to get your hand on the features – like vaulting – which are coming as part of PUBG’s final release, there’s some bad news. After technical issues prevented the 1.0 test servers from launching on time, they’ve now been indeterminately delayed.

Therefore we feel that we have to delay the first test schedule for PC 1.0 to allow for a smooth testing of the new features and content.

They say they’re attempting to resolve the issue quickly, but don’t yet have a timetable for the test server launch. Here’s hoping the delay of testing won’t have too much effect on the final release of PUBG, which is also scheduled to include the desert map.

Plans have been announcedto open PlayerUnknown’s Battlegrounds’ testing servers next week, allowing players a chance to poke around the upcoming v1.0 update’s biggest changes, and hopefully identify bugs before the patch is pushed to the main servers.

The four focuses of the upcoming test-server event will be:

While no hard date is locked down, the testing servers should be going up sometime in the next few days, and will likely require you to opt in to a testing branch via Steam in order to access them.

Beyond that, a major thrust of the upcoming update will be both server and client optimization, hopefully leading to the game running a little nicer on lower-spec computers. At present, it’s not exactly the most hardware-efficient of games.

While originally slated be included with the launch version, the upcoming desert-themed map might end up relegated to post-release status, so that testers can focus entirely on new gameplay and engine features

This will just be the first round of public testing for v1.0, but once complete the game will officially be leaving Early Access.

Original Story, October 16th:With only 11 weeks left to release the full version of PlayerUnknown’s Battlegrounds on schedule, the game’s developers are offering a tentative roadmap as to how new content will make it into the full release.

There are very few changes coming to the game’s final patch before full release. The most important of those is changing item spawn to make sure they’re better balanced in the northeast corner of the island. There’s also a couple of minor bug fixes, but you can tell the focus over the next few months is on making sure new features, like vehicles, vaulting, and the new desert map, will be ready by the end of the year.

In the notes, the development team say they’re “heavily focusing on developing the builds for PC 1.0 and Xbox Game Preview.” Primarily, that maneas stabilising the launch build and avoiding patches to the live game, in favour of a full month of testing.

Testing will occur in three phases, with the first two centred on vaulting and a few other new features, and the third and final phase testing all the new content, including the desert map.

The post also announced that due to problems updating the leaderboard, the new season won’t start until October 20, and that first-person perspective will be added to Squad modes in SA, SEA, and OCE regions.