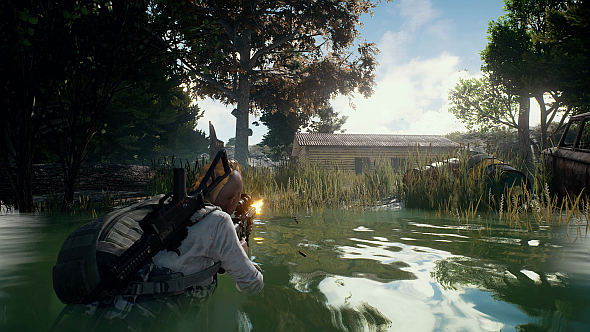 In a little over a month since its early access release, PlayerUnknown’s Battlegrounds has sold two million copies. After making over $11 million in less than a week, and racking up a million sales in just 16 days, we’re running low on superlatives to describe its success.

If you prefer your life solitary, poor, nasty, brutish and short, check out the best survival games on PC.

To celebrate the milestone, publishers Bluehole will match all donations up to $100,000 to Gamers Outreach, a charity which provides equipment and software to help children cope with treatment in hospitals.

That’s the same charity that will be supported in Thursday’s charity invitational, which you can watch live on Twitch from 09:00 Pacific. Click here for more details.

“One of the main reasons we were able to hit this sales milestone is that we have a dedicated community who has helped us refine PlayerUnknown’s Battlegrounds,” says Gang-Seok Kim, CEO of Bluehole. “We felt this invitational was a great way to give back and are pleased to make this small contribution to the cause.”

You can donate to Gamers Outreach here, and remember Bluehole will matchthe pot up to $100,000. If you’d like to learn more about their work, check out their website.

“As fans ourselves, it’s inspiring to see the outpouring of support from our fellow gamers. The funds raised during this event will make a tremendous difference for hospitalized children and their families for years to come,” says Zach Wigal, founder of Gamers Outreach.

Battlegrounds, a battle royale-style survival shooter by PlayerUnknown, has sold more than a million units on Steam early access in the mere 16 days since it launched.

Battlegrounds has been Steam’s number one seller for more than two weeks now, and has remained in the top four games on Steam by concurrent users, peaking at 89,481 simultaneous active users today. That puts it behind constant leaders Dota 2 and CS:GO, and behind genre rival H1Z1: King of the Kill.

It’s also a ludicrous success on Twitch, where it gets more than 2,000 people streaming it each day and has had over 150,000 concurrent viewers. Since launch, it’s been featured on almost 40,000 streams in total.

“We couldn’t have reached this milestone without the dedication of our players and we are truly humbled by their passionate response,” says Brendan Greene, better known as PlayerUnknown himself. “As we move to make improvements and deliver new content we will actively engage this growing fan base.”

PlayerUnknown and Bluehole, the Korean studio who are supporting his work on Battlegrounds, plan for the game to leave early access within six months.

Read on for our original coverage of Battlegrounds’ early success, and some thoughts on just why it’s been so rapidly, ridiculously popular. 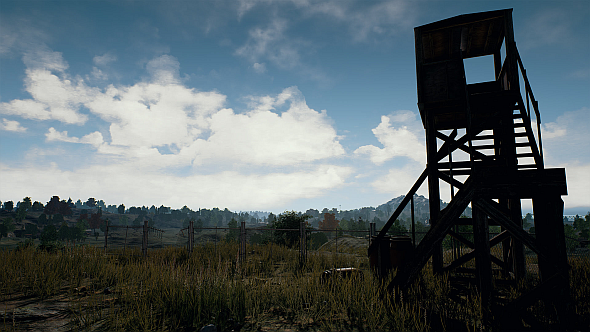 Original story March 27, 2017:Well, that’s one hell of a debut. PlayerUnknown’s Battlegrounds, a survival shooter than only entered early access on Thursday last week, has already raked in over $11 million in revenue (naturally meaning it’s entered the Steam sales chart at number one), and blossomed on Twitch like a rash.

Battlegrounds is a last-man standing shooter in the mould of H1Z1: King of the Kill, which is currently the biggest player in the genre with over three million copies sold. PlayerUnknown, whose real name is Brendan Greene, consulted on that game, having essentially created the genre with his Battle Royale mods for Arma 2 and Arma 3.

So Greene is a bit of an icon to fans of these games, but until now he’s been limited by what’s possible in other engines. Now that he’s got his own game – with support from Korean studio Bluehole – practically the entire genre is excited to see what he’s come up with. This explains the explosive reaction, with more than 3,600 Twitch streams since its launch, and more than 150,000 concurrent viewers at a given time.

For more insight,Polygon spoke with Chris ‘Sacriel42’ Ball, a leading streamer of survival shooters, who has been playing Battlegrounds for weeks.

“I’ve always loved how PlayerUnknown finds a wonderful balance between skill, action, stealth and luck,” says Ball. “In the past he was only able to craft his work by using other people’s engines such as Arma 3 and the original H1Z1. Unfortunately, this led to very slow development times and inconsistent progression because he wasn’t in charge, he was simply the visionary. Now he’s working on his own fully-fledged project he is able to take complete control.” 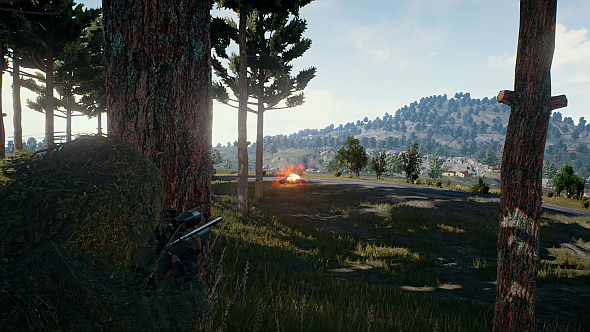 Battlegrounds is being developed with player feedback, some of which has come from Ball after his participation in several beta weekends. He’s been impressed with the game’s improvement up to its early access launch, and with the meta-game that’s starting to flourish as more players get involved.

“H1Z1: King of the Kill, has suffered from a stale meta,” says Ball. “Very little progression was made for several years, only a handful of weapons were available and there were glaring engine bugs which held the gameplay back a lot. Straight out of the gate Battlegrounds appears to have captured the gunplay of Arma 2 and H1Z1 while eliminating the majority of the bugs which hold back the genre.”

It sounds like you’ll want to check it out, if you like this sort of thing. You can add to its giant piles of cash by parting with £26.99 ($29.99 US) of yours at Battlegrounds’ early access page. For more information, check the website.

Have you been playing Battlegrounds? What do you make of it?