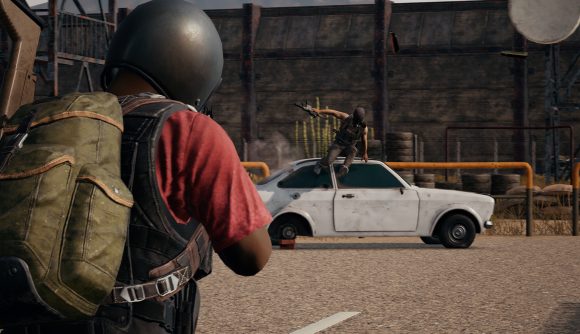 PlayerUnknown’s Battlegrounds‘ bots have been a tad strong of late. Over the past week, clips of players getting owned by their new, superior overlords have flooded the battle royale’s subreddit. The bots were quicker to draw their gun, and some appeared to track enemy players through walls. Fighting against a rabble of Terminators isn’t many people’s idea of fun, though, so the PUBG team has reined them in a tad.

The update reduces bots’ overall firing accuracy, and you’ll have to get closer to them before they switch using the full-auto firing mode on their guns – if you keep a reasonable distance, they’ll stick with using the single-fire mode. You’ll also find that their reaction times have been slowed down, with bots now engaging with their targets less quickly after spotting them. The update is out now, so you should find the bots’ nerfs already in play.

Having bots in PUBG can be a tricky topic. They can balance out lobbies nicely and lead to less waiting for a game, but they can also run amok when doing their best Terminator impression. Earlier this year, players found that the number of bots in their game shrunk after an update, which went down well.

Anyway, here are some murderous PUBG bots in action:

This Bot stole out Dinner by having Wallhack. Please stop Bots from lasering through smoke, leaves, etc. from PUBATTLEGROUNDS

If you can beat them, join them? Even if they do spend the game punching you in the head?

Escorted this enemy bot to victory… unarmed & unharmed from PUBATTLEGROUNDS

If you’re tired of duelling bots, you can also try the racing mode that’s on the Labs testing server right now. For more of the best battle royale games, you know where to click.