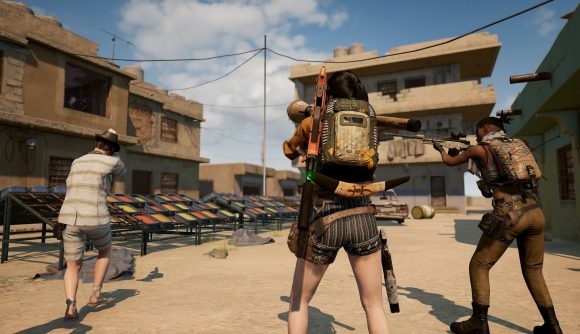 PlayerUnknown’s Battlegrounds has been hitting a bit different since the battle royale game’s last update. Players were swift to notice that each game has notably fewer bots, which is going down pretty well if we do say so ourselves.

Using a service called PUBG lookup, players previously found that they were roughly getting 20 bots per game. Since the recent update, though, that’s dipped to fewer. One player posts the stats from someone’s past ten games, showing that they ran into 870 human players and 41 bots. We currently don’t know if it’s a bug or things will stay this way. PUBG’s community manager Henry G did say that he was “waiting to hear back from the team” regarding that. We’ve also reached out for comment and will update this story if we hear back.

PUBG also got some weapon tuning in the update, too. The VSS’s damage has been bumped up by two, while the mini-14 and scar-l now hit for one more point of damage each. The SLR and BERYL didn’t fare as well, however, with both weapons getting their recoil increased.

We also know that PUBG’s drive-by tactic is getting nerfed in the game’s next update. One of the developers took to Twitter to share that passenger weapon stability should be nerfed in update 11.2, which is the next patch in line.

The latest PUBG update brings a weapon balance shuffle along with it. Find out which guns are affected in our weapon balance overview! pic.twitter.com/6DbHRF9tuK