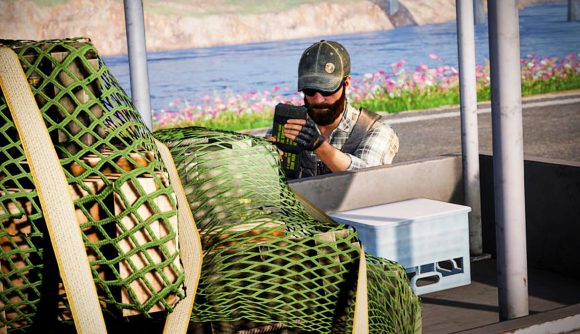 A raft of new content has made its way to PlayerUnknown’s Battlegrounds on PC. Update 13.2 has been on the test server for the past week, but it’s now on the live server alongside a new PUBG survivor pass.

With the update, you’re getting a new SMG called the P90. It’s been added to care packages, making it the first SMG to be flung in since the original Tommy Gun. It comes with its own 5.6mm high-powered ammo, which makes it suitable for longer-range combat. It also comes with a cheek pad, handguard, laser, and silencer pre-attached and non-detachable.

There’s also a new pickup truck called the Porter that’s exclusive to Taego. It’s Hyundai’s representative commercial truck, which was first introduced in 1977, if you’re into your truck facts. The Porter – like, the in-game version – also comes with a trunk system, which you can use to maximise the acquisition of items. You use the compartment of the truck to load various items for when you need ’em. Keep in mind, though, that they’ll be destroyed if the Porter goes kaput, naturally.

You’ll have to wait a while before you can use the trunk system, mind you, as it’s been temporarily disabled on PC because an issue was causing “item duplication in certain scenarios”, as a PUBG staffer explains on Discord – oop!

You’ve also got the new casual mode. You can play up to three matches per day in solo, duo, or squads in a lobby with a maximum of 12 players, with the rest of the cast being filled out by bots. For now, it’s only available on Erangel.

goodmorning i love this cat pic.twitter.com/3cPPDHxOFK

If you’re looking for more of the best battle royale games on PC, you can follow that link.