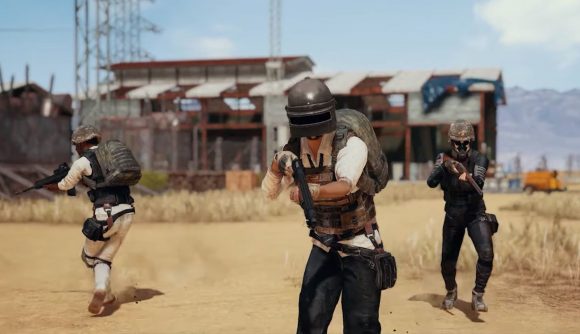 The count of countries that have banned online battle royale PlayerUnknown’s Battlegrounds seems to be increasing, with Jordan now having joined the banned-wagon. But it looks like this isn’t the only game that’s made the country’s ban list. According to a Jordanian news site, there are six more games expected to be blocked, one of which is Fortnite.

As reported by Roya News (via GamesIndustry.biz), Eng. Mohammad AlWathiq Shaqrah, director of beneficiaries affairs at the country’s Telecommunications Regulatory Commission (TRC), has said that following PUBG’s ban there are potentially six more to follow. He reportedly told Roya in an interview that “Fortnite is one of the games expected to be banned.”

It appears that the PUBG ban came into effect on July 4, and the decision was made partly in response to an alleged World Health Organisation study that the TRC says classified PUBG as a violent game, according to a statement it released this weekend. It claims (translated using Google) that the study “classified this game as a violent game leading to addiction and social isolation” and that children who play “such games are more violent than their peers”.

As GamesIndustry.biz points out, the WHO last year established a Gaming Disorder classification, though it didn’t mention violent games. A WHO advisory group report from 2014 suggested that violent content in “online games may have adverse effects on the behaviour of children, adolescents and adults”, but it didn’t point to any specific games as examples. We’ve been unable to unearth a WHO study of the type that the TRC references, specifically classifying certain games as violent.

A more recent study claims that there doesn’t appear to be a link between playing violent video games and aggression in adolescents.

The TRC statement further claims that the game’s ban “was taken into consideration for the national interest” and that the TRC “received many comments and complaints from a large number of citizens and some concerned authorities about the negative impact of this game”.

This follows some previous bans of the game in other countries, such as in India, where several cities banned PUBG mobile, Iraq, which also banned Fornite, plus a short-lived one in Nepal, which was lifted.